Review: MisterWives At The Forum

On the verge of releasing their second full-length album, New York’s MisterWives debuted new songs to a sold-out crowd at The Forum Tuesday night. 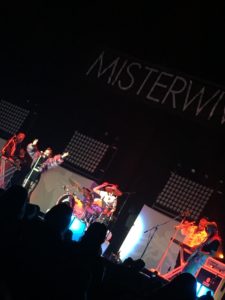 does Brendon Urie do it?) but MisterWives was the perfect band to compliment this exuberance on Tuesday night. Through the 7 song set, the band, fronted by vocal powerhouse Mandy Lee, included two new tracks from their upcoming full length album, Connect The Dots (May 19).

Lee is a force to be reckoned with – she owned the stage in a way that was reminiscent of Gwen Stefani in No Doubt, jumping on elevated squares and hitting every note with ease (even though she is recovering from being sick). A mashup of Vagabond and Chance The Rapper’s Same Drugs was perfect to get the rather young audience on board with the band, who finished their set with the high energy, radio friendly Our Own House. The set was a perfect segue to Panic’s performance that followed, but felt more like a headlining performance.

MisterWives released one of their new tracks, Oh Love, today along with a preorder for their new album. 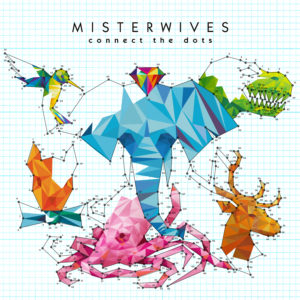