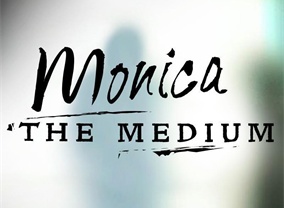 “There are dead people around me,” says Monica as she explains her coming to terms with her gift of connecting with the dead.  She first discovered her gift in high school, and tried to keep it a secret from her family.  Her mom, who is a conservative Catholic and grew up in Costa Rica, soon found out from overhearing Monica discussing her gift with a friend on the phone. 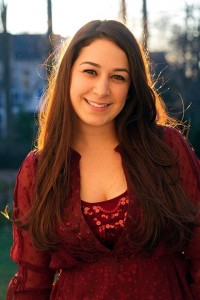 Monica Ten-Kate is “Monica the Medium” on ABC Family.

The first episode takes you into her day-to-day life.  Like any college girl, she goes shopping with her sisters, gets her nails done and invites a few friends over for a backyard barbecue. Though normal, they become the perfect settings for Monica to give a reading.  Sometimes not knowing who the message is for, Monica begins asking questions and giving specific details to those around her.

A shop owner who lost a close friend to cancer and a student who desperately tried to revive his dad receive comforting messages from their loved ones. “Spirit comes through for who needs it most, not for who wants it most,” the medium explains.  She says, “I choose to only connect with love ones at peace.”

It is about as strange as you would expect for a show about psychics on ABC Family. That strangeness is multiplied by the fact that the psychic is a young girl. Given her age she can’t get away with a lot of the stuff other psychics can but it is still fascinating to watch.

Monica the Medium is a 10-episode series produced by Dave Caplan of Trooper Entertainment in association with Lionsgate Television and Malachi McGlone (Hollywood Hillbillies, Bridezillas).

The show premieres on Tuesday, August 25th on ABC Family.