For the fourth year in a row throngs of headbangers gathered at Pimlico Racetrack in Baltimore, MD for a weekend of partying at Moonrise Festival. Headlining the event were acts such as Dillstradamus, Pretty Lights Live, Flux Pavillion and Lil Uzi Vert.

Saturday began as a pleasant overcast day, parking went smoothly and security was much friendly than last year’s guards that would have been denied by the TSA for being too aggressive. Inside the grounds had a better fengshui than in years previous by putting all four stages on one side of the racetrack with enough space between them for audio not to overlap while still close enough not to get exhausted by walking back and forth, and then putting the bathrooms and food options on the opposite side. Things were going off without a hitch, Morgan Page had a great set and Gramatik had finished jamming out on the sax when the clouds began rolling in. Snails took to the stage at the Solar Dance Tent and just as the beat was about to drop all the music shut off and a panicked voice came over the loudspeaker. “DUE TO INCLIMENT WEATHER, WE MUST EVACUATE. PLEASE HEAD TO THE GRANDSTANDS.” 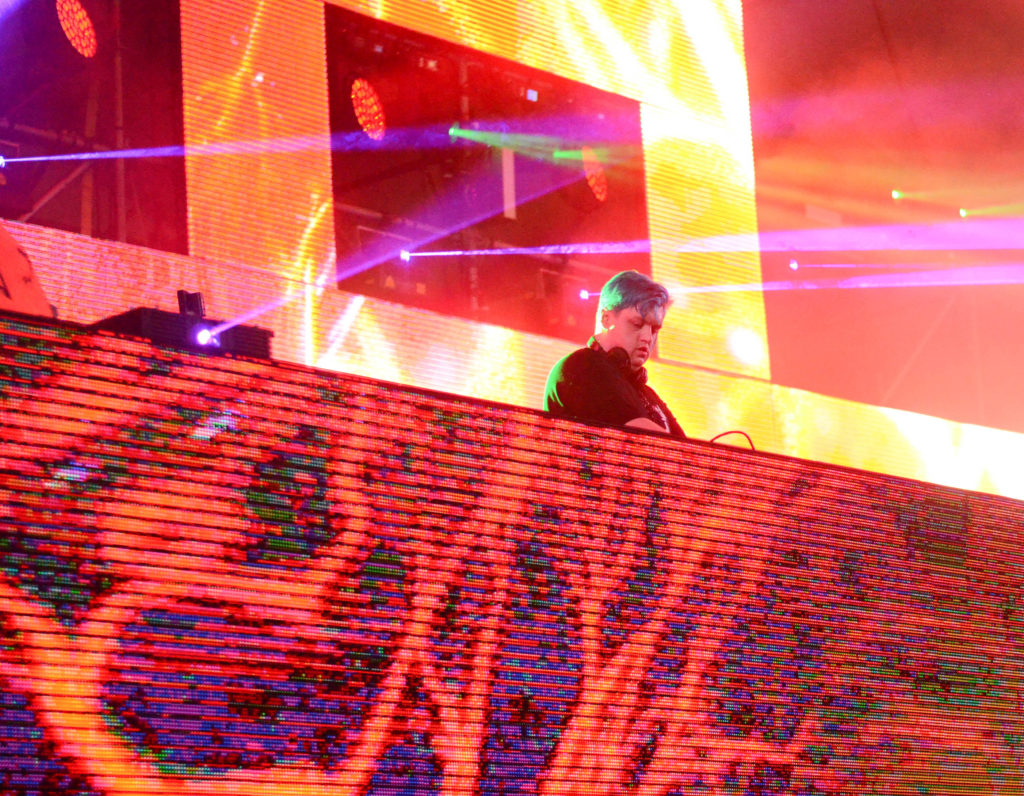 Lightning was approaching from all directions, causing for a great pilgrimage of disappointed high and drunken souls to the grandstands surrounding the horse track. Some decided have fun by racing around the track or making mud angels but most took shelter eager for the festivities to resume. After a three hour delay and the cancellation of big acts like Migos, Kaskade and Afrojack, things resumed for two hours of greatly anticipated mashing. Big Gigantic and Madeon instantly brought the good vibes back and Zeds Dead closed the evening out in style. 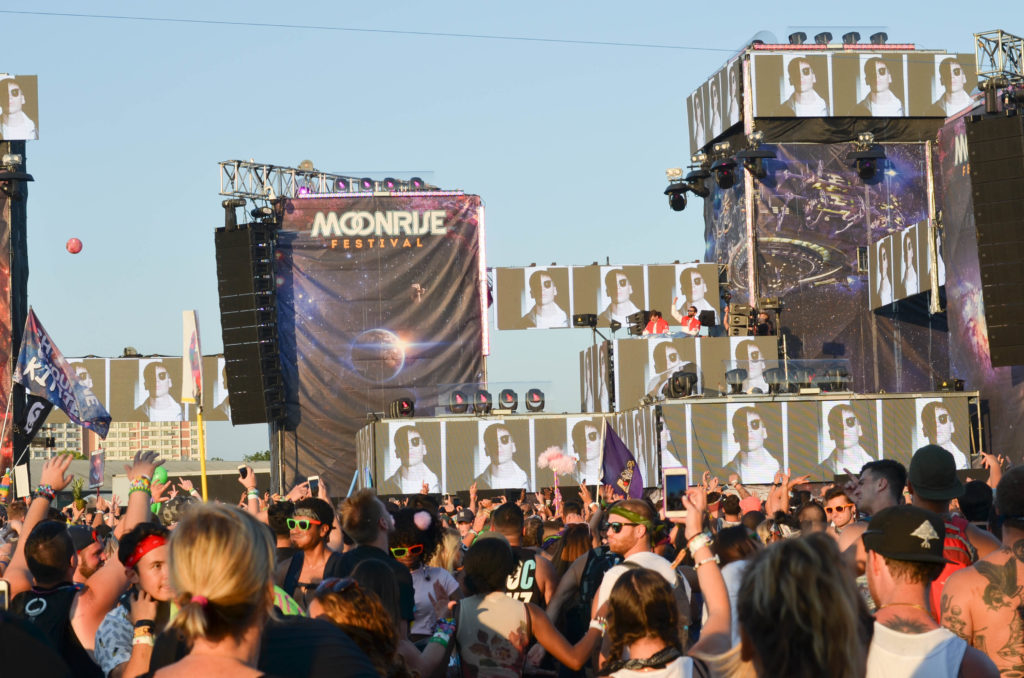 Sunday was a bright, hot day, not enough so to dry up all the mud on the ground, but a pair of ruined shoes couldn’t possibly ruin what was to come. Big Wild and Run the Jewels got things started properly at the Lunar Stage while Breathe Carolina and Ookay were laying down heavy sets over at the Stellar Stage. Things got very interactive during Hippie Sabotage when Kevin Saurer leapt down form the stage to dance, hydrate, and smoke with the audience. The rest of the evening was a test of endurance as almost every stage had an act that could bring the house down. Lil Uzi Vert, Alan Walker, Yellow Claw, Zomboy, Porter Robinson, Excision and Slander all played within two hours of each other, causing for a lot of running back and forth form stage to stage in order not to miss a moment of music. 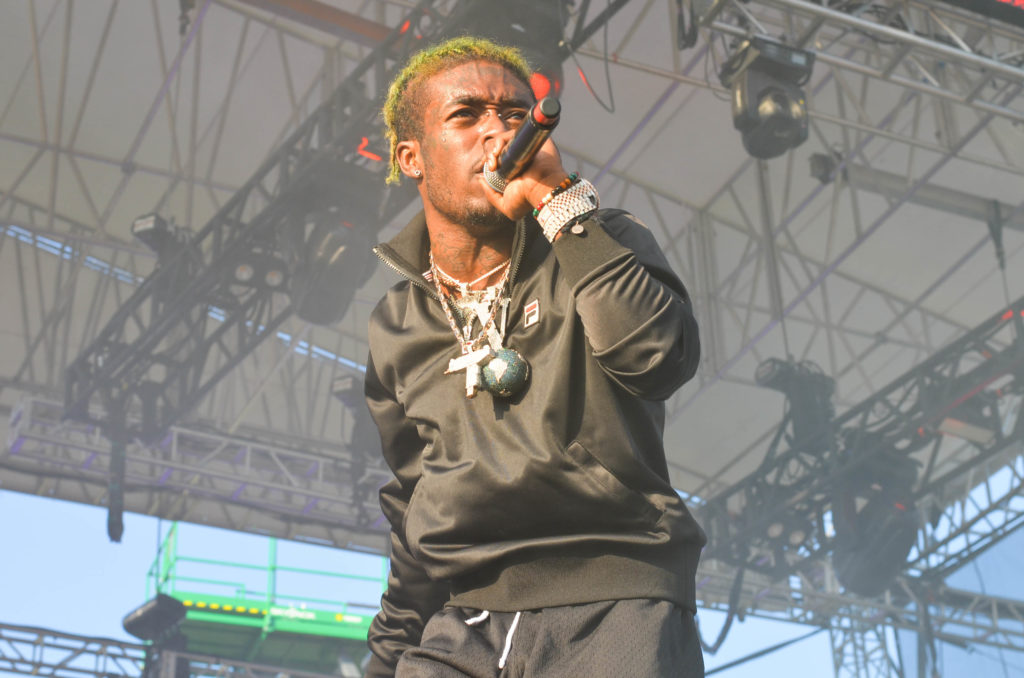 Closing out the evening were Pretty Lights, Borgeous, and Dillstradamus all offering a different style of EDM as well as spectacular light shows and visuals. Dillstradamus almost spoiled people’s fandom with a live stream of Game of Thrones but cut it off during the theme song, offering one final trolling on a crowd that had been messed with plenty over the weekend. While the weather did provide for some black clouds, moods refused to be dampened at this year’s bigger and better version of Moonrise Festival. Despite some flaws in the past, this is not a festival to be passed up on in the future.