Moonrise festival’s motto should be come rain or shine! 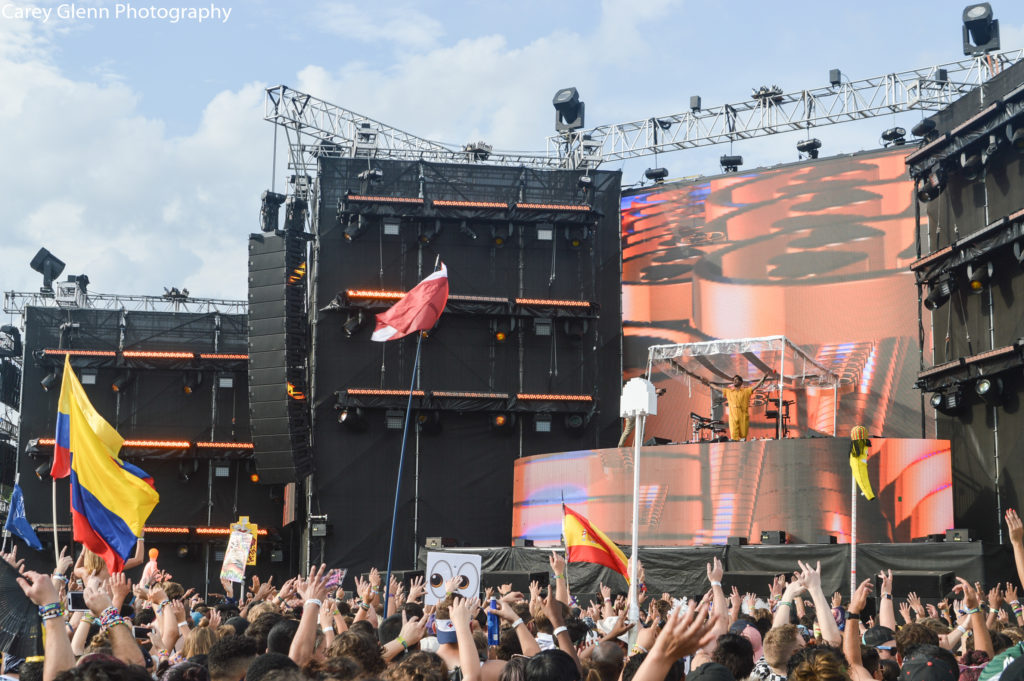 Over this past weekend, Pimlico Race Course in Baltimore, MD played host to Moonrise Festival for the fifth straight year, and was arguably the best iteration to date.  Two hour rain delays each afternoon threatened to ruin the vibe, cutting off Ookay right before playing “Thief” and SNBRN before being able to blast “Gangsta Walk”, but kudos to the Moonrise staff and the artists who stuck around and performed truncated sets to satiate the hunger of a beat-starved crowd.  One such artist was headliner Diplo, who was scheduled to perform at 6:30 and then later that night in Vegas, but instead went on from 8:00-8:30 and put on one of the tightest, most professional and awe inspiring sets I’ve seen at a festival.  It was a true testament to the caliber of DJ that Diplo is, as he nearly overshadowed the performance of Kaskade right after him.  Nearly, but not quite.  While the more mellow vibe of Kaskade was in stark contrast to Diplo, he too had the crowd grooving to a spur of the moment thirty minute set.  NGHTMRE once again proved why he’s one of the best in the business; building a horror themed landscape behind him with his visuals and combining it with haunting beats to put on a multi-sensory-engaging spectacle.  DJ Snake played his full repertoire of hits, causing the crowd to get, get, get low when the whistle went, and reminded us that all we need is somebody to lean on.  GRiZ brought the funk with his sax to close out an action-packed Saturday, performing not just his own hits, but some jams he’s collaborated on with Big Gigantic and Gramatik as well.  Shoutout to LA’s own Elephante who put on an awesome set earlier in the day and showed why he continues to rise in fame with performances of hits such as “The In Between (ft. Anjulie)” and “Closer (ft. Bishøp)”. 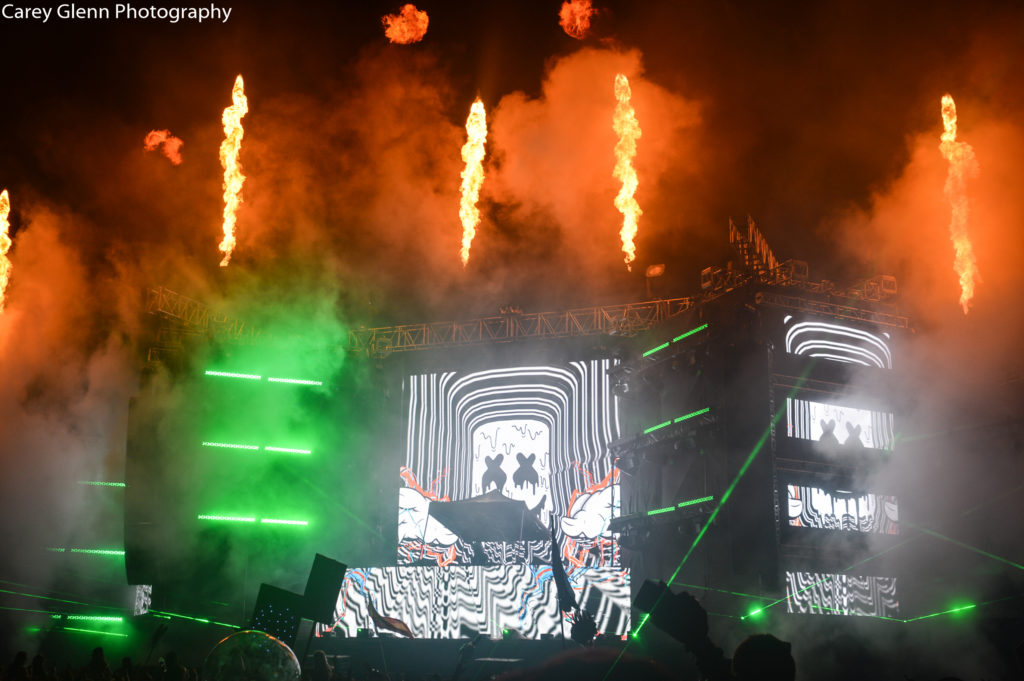 Sunday panned on to be just as entertaining as the day before, despite Mother Nature trying her best to deflate our spirits.  Grandtheft got the vibes going with his future bass sound, leading into another LA native’s performance from SNBRN.  Everything was going great until the music got cut and the dreaded emergency broadcast came on demanding everyone seek shelter in the grandstands….again.  After a much wetter two hour delay than the day before, JOYRYDE abruptly took to the Stellar Stage and the mad dash to get back into the festival grounds ensued.  Much to my surprise security was much friendlier than earlier in the day and was quick to get people back into the festival they had paid so much to attend.  Afterwards 3lau put on a nice set to lead into Tritonal, who exclaimed, “fuck a tent” to their tacky, Rockstar logo’d, temporary shelter that was blocking their screen visuals.  Once it was down(even tho it only was for half their set), they proceeded to put on the more visually stunning and sonically beautiful sets of the weekend.  Definitely not an act to be missed in the future.  Performing at the same time after them are two of the biggest acts performing right now, Illenium and Galantis, both of whom brought amazing energy in their own fun, unique ways..  Closing out the weekend was repeat Moonrise performer and arguably the hottest rising star over the last few years in music, Marshmello.  Rocking his ‘X’-eyed marshmallow helmet as always, he took to the stage for over an hour and put on an action packed, beat thumping performance that featured his classic “Alone” as well as remixes of Bon Jovi’s “Livin’ on a Prayer” and the Eurythmics “Sweet Dreams”.  Other than waiting in the grandstands for the rain to go away, never was there a negative vibe present in the crowds.  Moonrise continues to draw positive people to watch world renowned DJs throw down amazing sets on after the other.  While two days may seem short, Moonrise manages to pack in a ton of quality at an affordable price, meaning there’s no excuse not to start planning your trip for next year! 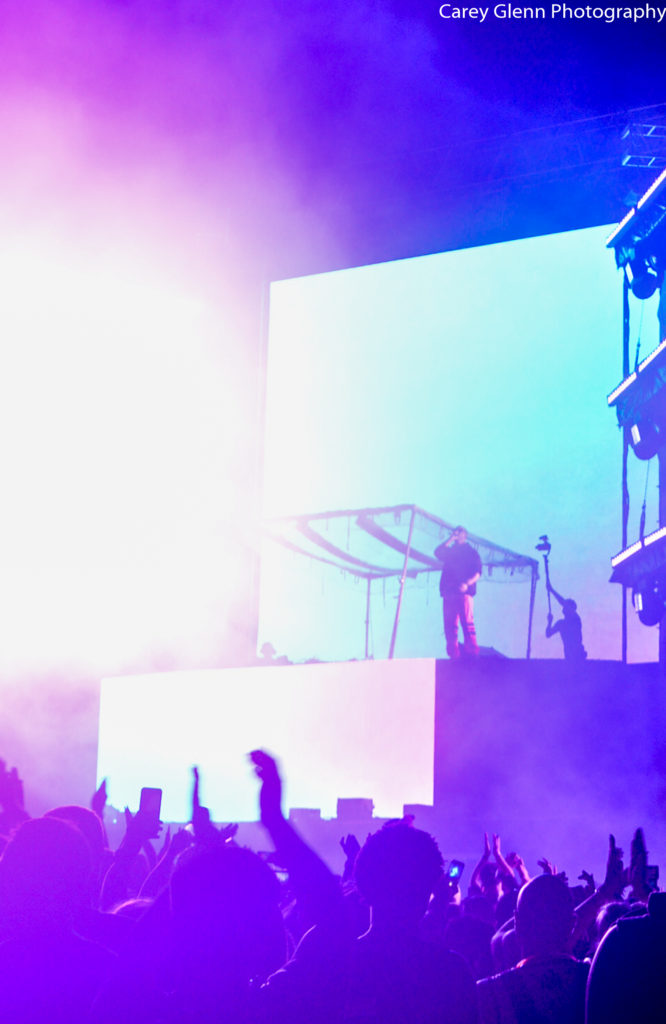