The wait is over (almost).

On Sunday May 7, MTV is bringing back a relaunched version of its famed movies awards show by also recognizing the best of the best in the world of television. After months of enduring the more traditional awards shows, it’ll be a nice change of pace for loyal viewers to tune in to the live event.

Within this fan-voted event, the likes of “Lego Batman” and “Stranger Things”—and many more—are preparing to pull wins within the night’s top competing categories. Unsurprisingly, smash-hit “Get Out” leads the pack with six nominations. Likewise, with a jam-packed show ahead, it begs the following question: what can viewers expect to come from this year’s show? Don’t worry, we got you covered.

Press Pass LA has your exclusive preview on the top five things that you can expect come Sunday from this years’ MTV Movie & TV Awards.

The MTV Movie & TV Awards will air Sunday May 7 at 8PM ET.

For this year’s show, “Workaholics” and “Pitch Perfect” comedic genius Devine is set to host the big night. If his turn at host is anything like his cameo with fellow “Pitch Perfect” star Rebel Wilson from 2016’s edition, then we cannot wait to see what he brings to the table. Plus, it would be nice to get a mini-“Workaholics” reunion in the mix, too.

“I’m so excited to host the ‘MTV Movie & TV Awards,” Devine said. “I have dreamed about it since I was a teenager. It was usually a dry dream, but I would be remiss if I didn’t admit that sometimes it was wet.” 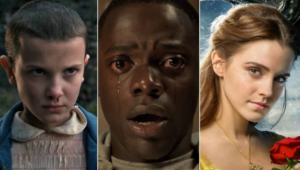 #2 – TV & MOVIE ACTORS COMPETE AGAINST EACH OTHER

As an unusual turn, the revamped awards show has decided to combine television and movie stars within select categories. Such battles include Seth Rogen’s performance in “Sausage Party” alongside Abbi Jacobson and Ilana Glazer of Comedy Central’s “Broad City” for Best Comedic Performance. Although this decision seems somewhat unfair on the surface, it will ultimately help to be a timesaver for the crowded lineup in the end. 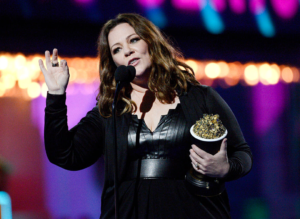 For the first time ever, MTV has decided to combine both actors and actresses alike within many of the show’s traditional categories. Therefore, male and female stars will now be non-gendered as “Best Actor” going forward.

Who will take home the first ever ‘Fight Against the System’ award? Watch live this Sunday to see who wins! 🍿 pic.twitter.com/OEnJLZTYbz

If the inclusion of this year’s television performances hasn’t made the show feel more full, then the additional categories will definitely succeed in doing so.

To properly welcome the television side, Best Host and Best Reality Competition have been added to the category roster. Other additional categories include: Best Musical Moment, Trending, Next Generation, and Tearjerker.

In an effort to show that the network recognizes the importance of today’s social issues, they have renamed the Best Fist Fight category. Now, it will be known as Best Fight Against the System. 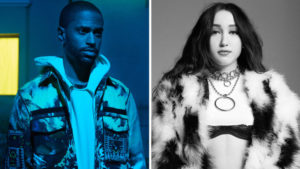 The MTV Movie & TV awards will showcase not one, but two performances.

Taking centerstage are Big Sean and Noah Cyrus, who are both set to debut their new singles respectively. J Balvin, Pitbull and Camila Cabello are also gearing up to make their live television debut of their latest single  from the “Fate of the Furious” soundtrack, “Hey Mama.”

Is that @BrunoMars or @Zendaya?! Don’t miss a new episode of #LipSyncBattle before the @MTVAwards this Sunday at 7:30p EST! pic.twitter.com/HwfOUNAPtI

If you’ve been anxiously awaiting the arrival of “Spider-Man: Homecoming”, then you’re in luck! Tom Holland and Zendaya, the film’s stars, will both be in attendance to introduce an exclusive clip from the web-slinging flick. Beforehand, MTV will air a special episode of “Lip Sync Battle” featuring the pair as the battle it out against each other.

This special episode of “Lip Sync Battle” will air Sunday May 7 at 7:30PM ET. 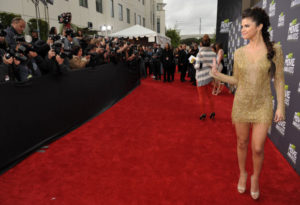 Prior to the show’s air time, MTV will also host it’s first-ever MTV Movie & TV Awards Festival. To get this special event going, the network is transforming the area outside of the Shrine Auditorium—the location that the show is being held—into a party zone.

Fans will get the chance to see celebrity red carpet arrivals and interviews, sneak peaks of the hottest films and television series, and exclusive performances from Zara Larson and more.

“The MTV Movie & TV Awards is about celebrating the stories and characters that resonate with young people regardless of screen,” said MTV president, Chris McCarthy. “Our full day festival is about bringing that content to life and feeding the audiences passion for great content and music.”

Hosted by Terrence J and MTV correspondent Gaby Wilson, the event is set to air Sunday May 7 on MTV.com at 2PM.