The Killers are keeping us company on this rainy Monday with their new single Land of the Free. Check out this incredible video directed by none other than Spike Lee.

The Killers new single Land of The Free was recorded at their own Battle Born Studios in Las Vegas, Nevada and produced by Jacknife Lee, with additional gospel vocals by (vocal co-arranger) Lynn Mabry, Dorian Holley, Will Wheaton, Sherree Patrice Brown, Akasha Mabry and Killers’ touring vocalists Amanda Brown, Danielle René Withers and Erica Canales. The Killers invited Spike Lee to make the video for the song, a heartfelt lament inspired by current events and recent national tragedies. The Killers gave Spike Lee full creative rein, and he filmed the video over a few weeks at the tail end of 2018, traveling to the U.S./Mexico border to capture scenes of migrants families as they made their way towards ‘the land of the free’. 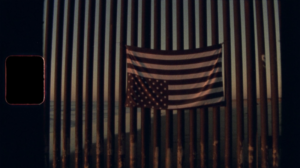