In anticipation of his debut EP with band East of Eli, Nathan West is hitting the road to share the songs that inspired his new independent feature, Into the Mystic. The actor/producer/musician is best known for his role as “Jan” in 2000 comedic hit Bring it On, but it certainly didn’t pigeonhole his career.

West joined us on the patio at historic House of Blues on Sunset in West Hollywood before his performance in the Foundation Room to chat about his projects, love, and dear friends.

PPLA: This is your first large scale performance. Why House of Blues?

NW: It was kind of a series of events—we did Balcony TV a few weeks ago and when we were doing that, the person who runs it loved what we did, the song (“Nothing Ordinary”), so she immediately called Surge Events, the company that’s putting on this event tonight and said “Hey, you gotta book this guy.”

PPLA: So this is a small tour, right?

PPLA: Where did you get the idea for the name of your band, East of Eli?

NW: It actually comes from the movie we’re doing, Into the Mystic, the main character’s name is Eli. Originally I was throwing out the idea for East of Eli being the name of the movie, but it didn’t seem to fit that right. As I was doing the music I thought it was the perfect name for [the band].

PPLA: How did you meet your bandmates?

NW: Through Johann Frank, my musical director. He basically pulled everybody together and they have been an amazing band.

NW: The songs inspired the movie. So a couple of years ago, I went into the studio with a dear friend of mine who is also my MD and lead guitar player and he’s just brilliant. The guy played for Phil Collins when he was fifteen, he graduated Berklee in a year and a half. Phil Collins put him in a four year program and he finished it in eighteen months. So anyway, Johann (Frank) knows me really well and one day I was like “Hey, I have this idea, and I want you to produce me. He was like ‘I don’t produce’ and I said, well you do now!” So we teamed up and I told him my idea, and I wanted to basically write an album and just let everything out and just flow from the songwriting point of view. See if I could then take those songs, and write a storyline within that. And that’s kind of organically how things started. There’s eight songs in [the film]. 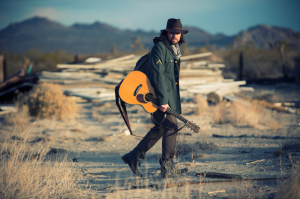 PPLA: Did you write the script with your wife (Chyler Leigh of Grey’s Anatomy)?

NW: No, my wife and I worked closely with a dear friend of ours—they’re all dear friends by the way if you hadn’t noticed (laughs)—Gabe Torres who is a director and a writer, great guy, I’ve known him for like seventeen years. He was the director of Brake, that my wife was in. So we sat down with him and went through the songs, talked through the story, created the story, and he actually went to write the script. So we’ve kinda been going back and forth since.

PPLA: Can you tell us a little bit about the story?

NW: Yeah! My subject matter was love, but not love in the surface level. Love has a lot of different colors to it, you know we say “I love ice cream or you’re my best friend, I love you, I love my puppy, and then there’s the love that comes with passion and all these things, so I wanted to try to take that and find a story that could kind of show all the sides of love. So the story itself is about this struggling musician and he’s very troubled, going through a lot of personal heartbreak and issues at the end of a relationship. So he ends up going to Morocco to deal with himself and his demons. As he’s out there wandering about, he happens upon this vibrant half-French half-Moroccan girl who’s very free spirited, who is actually on her way to meet her fiancé. She kind of takes pity on him and they connect on music, and he’s out in the middle of the Atlas Mountains, so there’s no where to go, she’s coming through, she tells him the bus is broken down so she drives him to the next town. As they’re talking in the car, it formulates into this interest of like let’s keep going. So it’s a bit of a road movie trekking from the desert to the ocean. I don’t know if that was a very good explanation, but there you go.

PPLA: You didn’t give too much away, which is perfect.

NW: That is what I didn’t want to do!

PPLA: So you’re a busy guy—music, the movie. How do you find the time?

NW: I dunno, it’s just that time, you know to explore and be out there and keep creating. My wife and I have kind of a deal with three kids, we’re very family oriented so our whole thing is that we try to ebb and flow with one another. Obviously she does TV so I try to work my projects around that. We’re finally at a point with the family where the kids are doing great, and she’s like ‘Go, go do this’. So she’s holding down the fort and we’re getting out and doing it!

PPLA: What is the venue you’re most excited to play?

NW: I’m excited about this, I am. I’m excited about every venue—each one has their own character and atmosphere they give off and it’s just fun to be out playing. This is what I love to do. I’m very passionate about music, I’ve been playing for many years, I’ve just never put it on display. This is kind of that beginning and it’s kind of funny, you know I’m thirty-five it’s like what are you doing, but you know, music never dies—it’s something you can do forever. Les Paul was playing until he passed away. I think if you’re a true musician it’s a timeless thing.

PPLA: Do you have anything else for us?

NW: Good luck making sense of all that (laughs).

Nathan West and the rest of East of Eli’s debut EP will be released on March 30th, 2014. You can hear the title track on American Songwriter, here.