More than 50 actors gathered at the Hyde Sunset Kitchen in Hollywood to talk about their shows with the press and mingle with fellow NBC talent. Some of those actors were from the network’s highly anticipated new shows that include comedies: Bad Judge, Marry Me and A to Z as well as dramas State of Affairs and Constantine.

The event also brought out talent from returning hits like About a Boy, The Night Shift, Parenthood and the Golden Globe winning Brooklyn Nine-Nine, which airs on FOX, but is a production of NBC Universal.

Press Pass LA caught up with a bunch of the stars and chatted with them about what they’re each most enjoying about their characters, what viewers can expect and more! 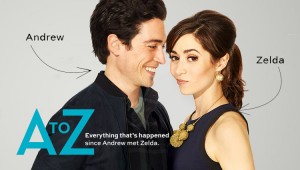 PPLA: What are you most enjoying about this new role and series?

“I was laughing out loud on page one when I saw in the first opening scene that she wakes up sort of passed out from obviously a rockous night before. And then the whole reveal of who she is, and that she’s a judge and what her life is; it just kept getting funnier, and funnier and funnier through the pilot. And I love that she loved music – it was just a very fully-realized character. I know there will be many more funny moments because I’ve been living them! I get to live like a double life; I just go home and sleep and then get up and go back to work; but I get to really play, and have fun and laugh at work.”

Ben Feldman –A to Z
“He’s a giant dork! And I’m a giant dork, I guess in real life as well, but in very, very different ways. I feel like to a degree this character feels really different than me and so I’m enjoying it because I’m acting – I’m actually playing; it’s not just like me Ben saying funny things. The show gets insanely funny. I have bruises all over my body from the episode we shot last week from just tackling. And we’re doing a Halloween thing right now and that’s been fun. It’s hilarious. There’s a lot of funny stuff. I promise it is really funny.”

Ken Marino –Marry Me
“I really enjoy the people who are working on it. The fact that David Caspe was the creator of it; I think that he is an incredibly talented guy and a super funny guy. I’m enjoying that I get to work with Casey Wilson, who I think is a gem. She’s just a comic gem. She’s super funny, super smart. I get to a bunch of scenes with her. I get to work with Tymberlee Hill, John Gemberling, Sarah Wright Olsen, Tim Meadows, Dan Bucatinsky; so a lot of great people. When I show up to work, I get to work with really wonderful people. That’s a real joy because we don’t always get jobs like that and so this is a really great job to be a part of.” 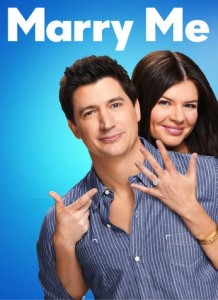 Tymberlee Hill – Marry Me
“I love everything about Kay. I love her clothes, I love the way she talks. I think she’s one of the coolest people ever, way cooler than me or anyone I know. She’s just kind of a kick-ass girl. The show is not an untold tale. It’s relatable. As their friends, we’re going to be there every step of the way. We kind of don’t give them a moment’s peace. We’d be married if we weren’t around them all the time!”

Alfre Woodard – State of Affairs
“I have a fabulous cast! I love them! They’re fun, they’re smart, they’re reverent, and they’re all very professional, so I’m having a really good time on the show.”

Sheila Vand – State of Affairs
“I think the heavy stuff we’re dealing with makes for really complex, interesting characters because what these people do every day at their work really takes a serious toll on their personal lives, and I’m really excited that this show is exploring that side of it – the side that is more character driven. And I just think these people are heroes in real life who are quietly making sure we’re safe every day in America, and I’m dying to tell their story.”

PPLA: State of Affairs delves into serious and real life international issues, what kind of preparation did you for this role?

Sheila Vand – “I did tons of research. And we have two executive producers who used
to be in the CIA, so we have this amazing resource in them. They’re so wonderful; we can call them at any moment with a question. They read all of the scripts; they’re working really closely with the writers to make sure everything is authentic. And then from there, you’ll of course look up everything that’s in your own dialogue, and I’m learning more and more and kind of getting into the groove now where all of the jargon is familiar to me instead of like a foreign language.”

PPLA: Was there anything you learned about the CIA or how things are done that you were really surprised about?

Sheila Vand – “There’s so much I didn’t know about the CIA; I didn’t know that there is this team of people that shows up at 2am every single every single day before the President arrive – I guess I hadn’t really thought about where the people at the very, very top, like the President of the United States, are getting their information. It’s really coming from all over the world and every single person that is getting that intelligence together is putting their life on the line – the ones that are out on field. And so it’s this really complicated web of information and we kind of play the tip of the ice berg that is sorting through all of it and getting info to the president.” 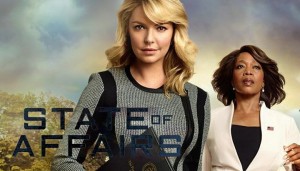 PPLA: What are you enjoying most about your role on the show?

“I feel like Amy just has this big heart and she tries so hard- it doesn’t always go her way- most of the time it doesn’t go her way, but that effort, that sort of earnest nature of her is great. I wish I was a little bit more like that. I’m a little more laid back and a little lazy, I think I can work hard and I try hard, but Amy just takes it to another level. It’s like how much could we get accomplished if we lived like Amy? Amy doesn’t even know what procrastination is. That’s a foreign word to her. I admire that about her.”

PPLA: What can you tell viewers about what they can expect with the new season?

“This season, all of the episodes have been super fun, and we have these really amazing guest stars that have come on. What I love about the characters they’re playing is they sort of come into mess with everybody a little bit and mess with the dynamics, and push people’s buttons on the squad. So it’s fun; it’s like we have established this world and who these people are, and now everything is kind of shaken up and messed with and more shenanigans. That’s been really, really fun to watch and play. Last season, it was very focused on the squad and who they are to each other, and now that we sort of know that, we go a little bit further in that, but it just feels like everyone is kind of being taken for a ride and getting messed with.”

PPLA: Brooklyn Nine-Nine won a Golden Globe award, before its first season even wrapped! What do you think it is about the show that has led it to connect so well with audiences?

“We have a really magical vibe on set. We’re really tight group. We have a lot of fun, there’s a lot of laughing, we work really hard to try to make the episodes great, and people are enjoying it and they’re on the ride with us. We just all feel really lucky and blessed that is happening.”

PPLA: The Night Shift has just been picked up for a second season, with other medical dramas already out there, what do you think it is about this series that audiences gravitated to?

Jeananne Goossen- “I just think the cast that we have is really talented. Personally, a lot of my favorite actors are in our cast, but we also get along so well like a family that just the energy is great. I feel like right now what everybody really wants is authenticity, especially if you have a big network show that’s sort of this procedural medical drama. What really gives it is authenticity is, of course subject matter and writing all that, but the fact that we genuinely love each other, that we genuinely care about the stories that we’re telling, that we genuinely care about the themes that are dealt with in our show, that comes through and it comes through in a way that is almost intangible. You can’t fake that.”

PPLA: Was there a moment or story with your character that really stood out to you this past season?

Jeananne Goossen – “Well, there were two major story lines: one having to do with an old eating disorder that my character had and then with that being sort of discovered along with the case that comes in with a young
woman. And then of course, what I’m hoping they’ll explore more in the second season is the desire for intimacy. Krista is sort of tough on the surface all the time, so there was this one episode where there was more of an intimate interaction with a soldier and it was very sad. Maybe there will be more love this year!”

Robert Bailey, Jr. – “I get a lot more of the fun story lines, but I think my favorite one was when I was working with a young boy named Ernie; it was during the storm episode and I had to take care of him and it kind of showed off a connection with kids. So that was my favorite one.”

David Walton and Benjamin Stockham – About a Boy 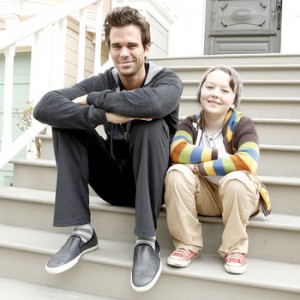 PPLA: What are you most enjoying about working on About a Boy and what can viewers expect for season two?

David Walton – “It’s really nice; I’ve been on a lot of series’ that haven’t had a second season and I think what is so special about coming back with the same crew, same people is you kind of feel like you’re on a winning team and that gives you a nice, glowy feeling. And I think in second seasons you can be better. In a lot of cases, you can be better than you were the first season because you’ve already established the characters and you’ve already introduced the storyline. You don’t have to do a lot of expository stuff and you can kind of get into the real nuts and bolts of these relationships. So far, we’ve shot five episodes of season two and they’re all, in my opinion, better than any episode was in the first season.”

Benjamin Stockham – “This is a first season two I’ve gotten and it feels amazing! What I most enjoy about my character is that it’s fun to play him! I love being somebody that I kind of am but not like super because I’m sort of a geek but not like super! And it’s just interesting; it’s kind of like a giant game of pretend except it’s a little bit more serious than that. I like playing my character because he is fun-loving and he gets to do things that I’ve never done.”