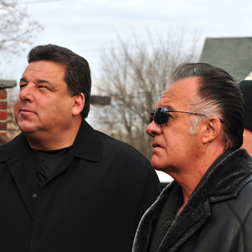 Several members of Gandolfini’s family were in attendance as well as some of Gandolfini’s cast mates from the hit HBO show The Sopranos to  pay tribute. Attendees included Dominic Chianese, Tony Sirico, Steve Schirrippa, Vincent Curatola and Vincent Pastore.

Gandolfini was a native of Park Ridge and a graduate of Park Ridge High School. He graduated from Rutgers University. When “The Sopranos” star died of a heart attack in Italy in June, he was mourned by Gov. Christie as a “the True Jersey Guy”. 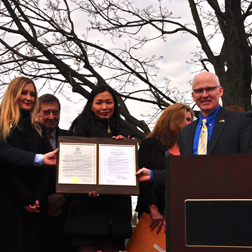