The Force is strong with Star Wars this morning as it made a number of announcements via its official website.

The first, and biggest, piece of information involves Star Wars: Episode VIII which hits theaters on May 26, 2017. While not that much information is known about the film as of yet (probably because we haven’t even seen Episode VII: The Force Awakens and there’s really no point in guessing what the middle part of a trilogy is about if we haven’t seen any of the first one) it has now been confirmed that Rian Johnson will be directing.

Johnson takes the mantle away from J.J. Abrams and given their unique approaches to the world of science fiction it will be interesting to see the new trilogy evolve.  Johnson has done some amazing work in the past including the mind-bending Looper.

The other news involves the first standalone Star Wars film, something which many people have speculated a lot up until now. Offcially called Rogue One, it will star Academy Award nominee Felicity Jones in an unknown role that will take the story outside of the core Star Wars universe for the very first time. Rogue One will be directed by Gareth Edwards (Monsters, Godzilla) and written by Chris Weitz (Cinderella, About A Boy). 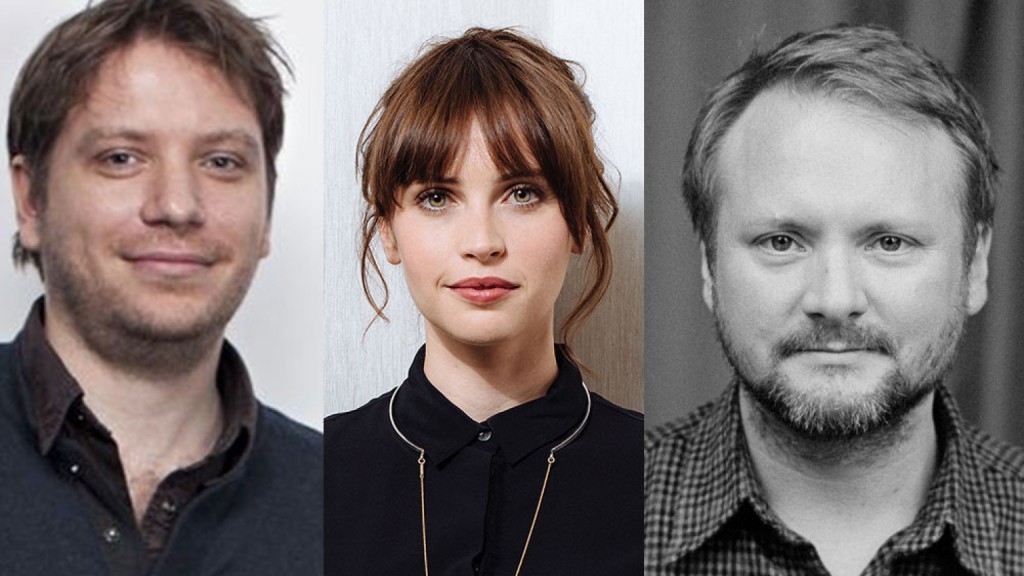