NEWCOMERS THE HEIRS SOLD OUT THE ROXY

Newcomers The Heirs sold out The Roxy on Saturday night for their much anticipated EP release of “Ecliptic.” 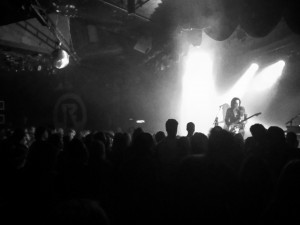 To be completely honest – I wasn’t sure what to expect as I walked into The Roxy Saturday night. The crowd was very young and the vibe in the venue kind of felt like Junior Prom. Coming off a tour with young rockers R5 (who could be spotted looking on from the back of the room), this was to be expected – could the new group hold their own though? I was pleasantly surprised.
Launching the first of three Ecliptic supporting shows, the band – consisting of brother and sister duo Brandon and Savannah Hudson – eagerly dove into their set. Crowd favorites included their soon to be viral cover of Kanye West’s “Love Lockdown” to the hit single “Alright Goodnight” – download it now and let the dance party commence.

Harmonies were on point- something special happens when a male and female vocal weaves the way Savannah & Brandon’s does. The pair are completely complimentary and never faulty with their live performance, I felt like I was watching a band who had been together for 10+ years. Their confidence was refreshing as well, reigning over the legendary Roxy Theatre with ease and projecting positivity between each song. 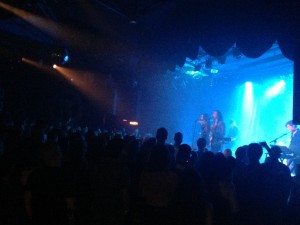 Taking another listen through to Ecliptic, it is surprising how well the EP translates with a live band. If you have a chance to catch them on their next two EP supporting shows I suggest you do, I anticipate this pair will be playing much larger venues in the very near future.
September 10 — Schubas Tavern — Chicago, IL
September 11 – The Studio @ Webster Hall – New York, NY