NEXT TO NONE: Q & A WITH DRUMMER MAX PORTNOY

The up and coming band Next To None  released their new album titled “A Light In The Darkness,” produced by Dreamtheater’s drummer Max Portnoy. Press Pass LA had the chance to talk with Max Portnoy, Next To None’s talented drummer, and this is what he had to say about his debut and career. 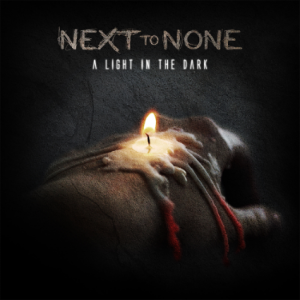 PPLA: You give a great debut on this album! At the age of 16 you have accomplished what a lot of teenage kids only dream of. What is it like to have an album recorded and starting a tour soon?

MP: It’s super cool that all of this is happening now and so much fun when you get to do it with band members that are your best friends. We can’t wait for the tour to start.

PPLA: That is pretty cool. Who are your big influences and why?

MP: Well watching my Dad from backstage and in the studio, he has always been my biggest influence. I also am a huge fan of Chris Adler’s drumming style. I have been going on tours with my Dad when he played with Dreamtheater and watching him play always inspired me to become a drummer.

PPLA: Did your Dad teach you how to play, or any special techniques behind the drum set?

MP: Well I do go to an Arts Performing school where I play mainly, jazz, blues and focus on percussion. My Dad did teach me some metal fillers and we try and jam together when he is not on tour or in the studio. I do consider him a teacher though.

PPLA: When did you decide you wanted to become a drummer?

MP: I was five years old when I decided to start drumming, seeing my Dad playing live motivated me and I started to drum on his set. I do have an instructor as well, his name is Todd.

PPLA: You have a tour coming up, what can you tell me about that?

MP: We have two tours and our first is in October on the East Coast with Faith Warning (also a new act). We will be promoting the album “Light In The Darkness.”

PPLA: Who is your biggest influence musically besides your Dad, any bands out there that you admire?

MP: I always loved my Dad’s band Dream Theater as I did tour with them as a kid, but I love Slipknot, Lamb of God, Metallica and you cant leave out Pantera.

PPLA: Knowing who your Dad is and how famous of a drummer he is, do you get nervous going on stage to perform live knowing he is there to coach you?

MP: When I first started yes, it was nerve wrecking! I got over that fear knowing I am up there with my best friends, having fun, doing something that we love. It’s great to see the fans enjoy our music and it helps knowing the crowd likes what we are doing.

PPLA: What is your favorite song in the new album ‘A Light in The Dark’?

MP: I think as an artist, I always encourage the fans to listen to the entire album. I have a favorite each time I listen to it. I enjoy listening to “The Edge of Sanity” and “Runaway” which is my current favorite.

PPLA: You guys are coming strong and you are doing a killer job behind those drums. What can you tell me about the album?

MP: Thomas came up with a six song concept, it builds up song after song starting with “A Lonely Walk” through “Blood On My Hands”- the story is about a guy who has mental problems and in each song it tells you a bit about his personality ending in the act of murder, that is what “Blood On My Hands” talks about.  It is also our heaviest song in the album, but all songs are equally good songs.

PPLA: See that is what Metal is all about, unlike other genres of music, metal builds on song after song, it tells stories, its creative and it 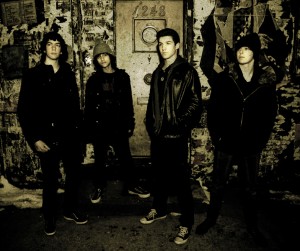 gives you a short story in an entire album.

MP: Exactly, I appreciate metal for that purpose. We write short stories and are creative and mix it with heavy music. That is what makes metal music unique.

PPLA: What are you most looking forward to while on tour?

MP:  Music comes first, so playing in front of the crowd at the venues and of course having fun while doing so. Traveling with my best friends which will be so much fun, even hanging out with the fans and enjoying their support.

PPLA: I have to ask, what is it like to work with your Dad on this album, you also have some big shoes to fill, are you planning on continuing on your Dad’s path and make a name for your self?

MP: I want to make a name for our band Next To None, I also one day want to be looked as Max Portnoy not Mikes Portnoy’s son, with all due respects to my idol but it would be a dream come true to be the next big drummer. My dad has always been a huge influence and I have a lot of respect for him.

PPLA: Well Max, it has been a pleasure thank you for the music good luck on your tour and we will be looking forward to having you over in the West Coast sooner than later.

MP: Thank you for your time, we are looking forward to touring on the West Coast soon as well!

You heard it from the prodigal drummer of Next To None, whose members are young and eager to play and write progressive metal. On guitar Ryland Holland keeps you banging your head, while Kris Rank feeds those powerful bass notes. Lead vocalist/Keyboardist Thomas Cuce also wrote the six song concept on this album and talented drummer Max Portnoy will give the band its heavy progressive metal feel with double bass pedals and powerful fillers.Their skills are ahead of their age, and with their power progressive metal, they will be sweeping the East Coast and upper New York. For tour dates check them out here.