NICHOLAS SPARKS OPENS UP ABOUT “THE CHOICE”

Just in time for Valentine’s Day, Nicholas Sparks joins with director Ross Katz to bring to life another of his novels into the movie realm. The Choice, will be Sparks’ eleventh book  being made into a movie. The film stars, Benjamin Walker as “Travis Parker” and Teresa Palmer as “Gabby Holland.” 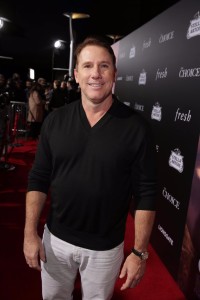 The film follows the journey of love and the moments that can change lives forever. Like the many love stories Sparks has written, it promises to be romantic with that extra flavor that can only be found in a Nicholas Sparks story.

“I’ve been very fortunate,  it has been a lot of fun to see a story that I told with words be shifted into an entirely new medium and become a story told with pictures,” said Sparks.

Sparks has a knack for being  able to get into the minds of his characters at any gender or age to create personalities that connect to his audiences. This is what makes both his novels and his novels-turned-films rather unforgettable. We saw it with The Notebook, Nights in Rodanthe, Dear John, and The Last Song, and the characters of Gabby Holland and Travis Parker in The Choice are no different. 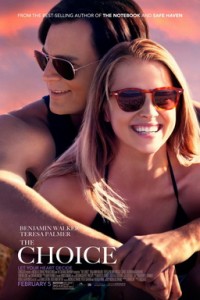 Part of what has captured many reader’s attentions and part of the reason why so many of his books have gone on to become movies are the twists and turns that the reader or viewer don’t necessarily expect. This element of surprise makes the outcomes of the stories that much more grand!

“I often have some idea that there is something coming and I might even have specifics but it’s how it is expressed that’s always the challenge, because you want to tell it the best way you possibly can,” said Sparks.

The movie promises to be a romantic classic that touches people’s hearts and according to the cast, it has a nice family feel with beautiful scenery that made being a part of the film feel more like a vacation than work.

Watch the trailer above. Check out our interviews with the cast at the Los Angeles red carpet premiere.