The inaugural Nickelodeon 2014 Kids’ Choice Sports Awards became the top rated sports telecast this week, besting the ESPYs with 2.3 million viewers. The event allowed kids to cast votes for their favorite athletes, teams and sports moments from the year. 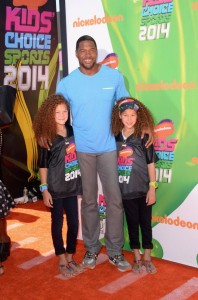 Legendary Super Bowl Champion and Fox NFL Sunday analyst Michael Strahan, who is also the co-host of the top-rated morning talk show LIVE with Kelly and Michael, hosted the telecast.

The show included honors such as the Kids’ Choice Sports’ first Legend Award, a gold mohawked blimp, going to David Beckham for his outstanding sportsmanship on the field.  Beckham also received the first-ever gold sliming with his sons Romeo and Cruz! 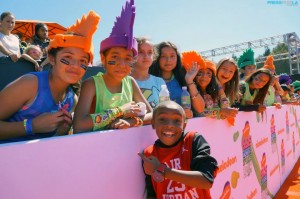 The awards featured a halftime show by Florida Georgia Line, who performed a medley of their smash hits including “Cruise” and “This is How We Roll.” Also during the halftime show, 15-year-old Los Angeles-resident Ricardo Jacobo Jr. sunk the shot of a lifetime winning an amazing $50,000 on live television as his idol Kevin Durant (NBA, Oklahoma City Thunder) cheered him on from the front row. Jacobo qualified for the opportunity at an open call held earlier this month at the Westfield Century City mall. 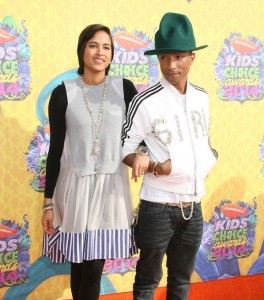 And who could forget the live vote during the show in which kids decided on the contents–maple syrup, whipped cream or slime–of the giant dunk tanks in the “Verizon Power Dunk” competition.  Arizona Cardinals wide receiver Larry Fitzgerald prevailed, dunking Seattle Seahawks defensive back Earl Thomas III in a giant tank of green goo, only to be dunked himself by Strahan!

Check out our PHOTO GALLERY from the red carpet.