Soho Santa Barbara was treated to an amazing evening with Milo Greene and Zella Day.  This was the first show to officially kick off their tour and the house was packed.

Day started the night off well. Her presence on stage was beautiful and fierce. She played with tons of great tunes including “Compass” and her new single “Hypnotic.” Having seen her perform solo at a few festivals last year, it was a real treat to see accompanied with a band. After the show, she was chatting with fans and selling custom created incense with her CDs and shirts. 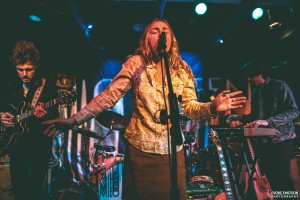 Greene was the next to take the stage. A Los Angeles based cinematic pop band with four lead singers.  I had no idea what to expect upon arrival to the show, but was pleasantly surprised with their array of songs. Their sonic tone felt like you were being taken on a journey. Song after song, a new movement  into the night.  I also really enjoyed watching people play different instruments and trade lead vocal duties.  It’s always cool to see artists that are multi-talented. 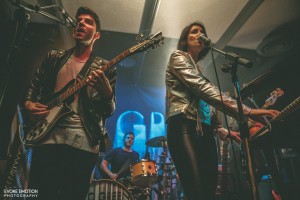 Check out the remaining tour dates for Zella Day and Milo Greene. It’s defiantly a show not to be missed.