GETTING TO KNOW NOELLE BEAN

Noelle Bean is a name you may not know, but you will. The young songbird’s breakout single “Wildfire” is catching on just like its namesake. 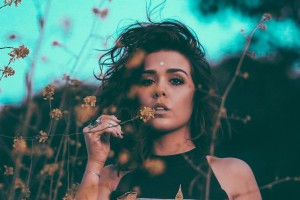 Her powerhouse vocals will remind you a bit of Colbie Caillat but her personality is that of a young Taylor Swift. This past week Bean played for an intimate audience at The Hotel Café in Hollywood. Where she belted tunes from her heart, and you could feel her genuine love for performing.

Bean has an infectious type of glee when she sings. It makes her come alive on stage and listeners take note. You can’t help but join in. With “Wildfire” catching on she is also set for some serious media attention as the singer and co-writer for the upcoming Jem and the Holograms film. Her vocals will take the lead on the “Truly Outragous” re-write for the film’s soundtrack. Bean is an upcoming artist you must keep your eye on. After her show we sat down for a quick Q+A.

PPLA: Where did you come up with Bean?

NB: I was sort of born with it, although my freshman year in high school is when it kind of happened. I had just moved and was in a new school. I was actually looking for my science class but ended up in the music room instead. And my first musical “Mr.Miyagi” if you will was the first one to dub me as Bean because I walked into the wrong classroom.

PPLA: When did you start writing your own music?

NB: It happened right after I was given my first guitar. Right before graduation this lady came to the school and wanted to donate a guitar to someone who couldn’t afford one. And my mom being the office lady said ‘Ok that is mine for my daughter.’ And It was right around Christmas I remember it had a big red bow on it and right from that moment she was like an angel. I don’t remember even taking to her but it was so inspiring to have it in my hands. Without that guitar I don’t think I would’ve started writing on my own.

PPLA: How has moving to LA been for you?

NB: You know, I have seen the good the bad and the ugly, but I wouldn’t trade that. It has been such a blessing. It’s been the most interesting story I wish I had it documented on tape.  I moved here with my manager and just seven boxes of my stuff in his car. But it’s been incredible. I’ve definitely slept on some couches and it wasn’t all glamorous but I’m really happy I got to experience that, to be here.

PPLA: What was it like getting to work on Jem and the Holograms. It’s a pretty iconic show how was that?

NB: It’s been incredible. Being able to say that I recorded and helped write the new song to bring that cartoon to life is amazing. I mean first of all I’m a fan now! I went through and watched all of them on Netflix. Number two, it’s just so sick, that’s why I’m wearing glitter on my face. Not gonna lie, it was definitely inspired by Jem. 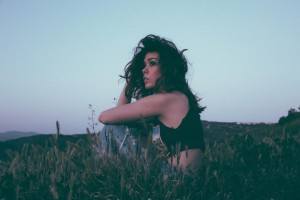 Noelle Bean is a star on the rise.

PPLA: Who is your favorite Hologram?

NB: I mean c’mon Jem! She has great eyelashes! I mean shes a freaking cartoon and I’m jealous of her look, how does that happen?!

PPLA: Top 3 artists you would love to open for?

NB: The Beatles, I’d love to open for the band 1975, and Coldplay. I’m obsessed with ColdPlay. Chris Martin has gotten me through a lot in life and his song “The Scientist”was one of the first covers I ever learned to play.

We chatted for a bit longer about her passions and interests outside the studio, and she loves sand volleyball and hair styling tutorials on YouTube. There’s a bit of a tom-boy in Bean. She leaves with the advice of “Don’t’ listen to any of the negativity, just go after things with all of your heart”.