Held in an airport hanger near festival grounds, NYLON, Olay Fresh Effects and Guess presented the 5th annual Neon Carnival.  Simply stated, it was everything it was talked up to be…and then some!Instagram was flooded all weekend with Coachella hashtags, selfies and shots of wrists stacked with bands from festival day passes to pool parties.  But one wristband stood out for being the most sought after and highly coveted, if you had it. The wristband for Neon Carnival.

Held in an airport hanger near festival grounds, NYLON, Olay Fresh Effects and Guess presented the 5th annual Neon Carnival.  Simply stated, it was everything it was talked up to be…and then some! 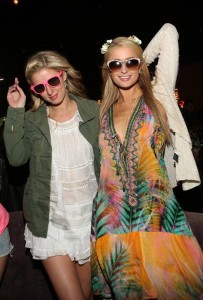 While some stuck to the iconic Coachella style of floral headbands, crochet and pastels, many ditched the flirty style and showed up super sexy in leather, dark colors, bold prints, boots and fringe. “Turning up is my cardio,” read one shirt appropriately labeled for the night that was upon us.

Tyler and daughter Chelsea were seen playing the impossible to win carnival games that featured prizes ranging from a stuffed bear to an assortment of headphones and light up gear by Skullcandy.

When they weren’t dancing or tossing a football through a tire, celebs like Jared Leto, Puff Daddy, and Carmen Elektra were scattered between the Samsung Galaxy Lounge snapping photos with the new GS5, the STK kissing booth or grabbing a snack.  Candied popcorn and Kale chips from STK and burgers and fries from the Fatburger Fatmobile killed late night cravings and accompanied the flow of cocktails ‘til the morning hours. 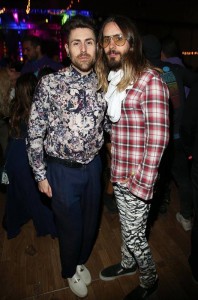 Several rides, including a huge ferris wheel, bumper cars, a slide, and the Zipper lit up the desert sky but the DJ booth and blazing beats commanded all the attention! The music, despite it all, stole the show.