Black Panther was an epic success. We’re not even sure the word epic covers just how great it was. Imagine the thrill to learn Ryan Coogler is set to reprise his role as writer/director!?

The Good news is Ryan is back! The Bad news? Well for one we have to wait too long to see Black Panther 2, and we have absolutely no idea where the story could go! Have you seen Avengers 4?! Things are a hot mess in the MCU. With Captain Marvel slated in the 90’s with her sos call from Nick Fury himself in the mid-post credits scene, ANYTHING CAN HAPPEN. Shuri could be reincarnated as Black Panther. (Would we be mad at that? No. Absolutely not, she was possibly the best character).

The first Black Panther raked in an immense amount of box-office gold. If you don’t know how much, we hope you’re sitting down. Black Panther made 1.3 Billion. Clearly there’s no pressure on Ryan to deliver massive results once again. The word on the street is Black Panther 2.0 should go into filming sometime in late 2019 or early 2020. With Avengers 4 slated for 2019 and the next installment of Spider-Man shortly after that, it’s filming slate could change. Disney/Marvel have not released any information. What we do know is Ryan Coogler is developing the drama Wrong Answer with his frequent collaborator and Black Panther star Michael B. Jordan. He also is executive producing LeBron James’ Space Jam sequel and acts in the same capacity on the upcoming Creed 2. 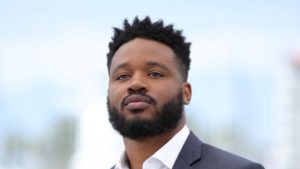 What do you think? Will we see filming for Black Panther set for late 2019? We’d rather wait and have an epic film, than rush into a mess. Lets not DCEU this baby. Everyone should’ve learned from Justice League. Yikes.