ONCE UPON A TIME CELEBRATES ITS 100TH EPISODE

ABC’s hit TV series Once Upon a Time just celebrated it’s landmark 100th episode. Edward Kitsis and Adam Horowitz the show’s creators have delivered a true world of magic and adventure to audiences across the world.

Once has grown in popularity with every season. From introducing us to Snow White and Prince Charming’s beautiful daughter aka “The Savior”, traveling to Neverland to battle an embittered Peter Pan, and taking us all along for the ride of our imaginations throughout the Enchanted Forest; OUAT delivers week after week. 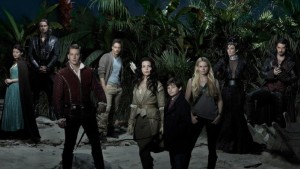 The cast of Once Upon A Time has a reason to celebrate as its 100th episode airs.

This season has given us a tragic twist on our beloved savior and Jennifer Morrison’s character of Emma Swan…the viewer darling has turned dark. DarkSwan has become a staple of social media and the show has grown to include such hits as Frozen and Brave. The character arcs are well developed and leave viewers wanting more. If you haven’t caught up on OUAT now is the time to do so. We won’t judge you for Netflix or Hulu binging all weekend.

Just try and catch up before the season returns Sunday, March 6th. Enjoy the cast photos of their 100th episode party.