This Sunday marks the 86th annual Academy Awards in Los Angeles. A time honored tradition, the event showcases the achievements of some of the industry’s brightest stars. This year, more than most, is looking to be one of wildcards.

Part of that lies with the nominees. The Best Picture category is filled with every kind of picture from low-budget independents like Nebraska to historical epics like 12 Years A Slave. Almost every genre (except horror) is represented meaning that your preference for who should win is most likely to be swayed with what type of movie you prefer rather than the strength of the movie itself. It will most likely come down to American Hustle or 12 Years a Slave with Hustle as the front-runner.

The Wolf of Wall Street is an amazing movie but way too controversial to ever win the mantle of Best Picture. Hustle, despite covering a lot of the same ground, is almost a tamer version of the same sort of story and one that could be homage to classic Scorsese. It is just irony that the film has to compete against a director that is so clearly the source of its inspiration. That being said, DiCaprio better win the Best Actor award. His portrayal of Jordan Belfort in The Wolf of Wall Street, a man who took the stock market for everything it was worth in the 90s, is one of his best films-to-date. Unfortunately the amount of sex, drugs and excess highlighted in the film scared away a lot of people and that is going to work against it when it comes to winning awards. Despite being made by one of the smartest, most influential directors of the modern age. If he doesn’t, which would be a crime, then odds are it is going to Chiwetel Ejiofor or Matthew McConaughey.

Best Actress is a little bit harder this time around. On principle I would skip Judi Dench and Meryl Streep simply because they have been staples of the Oscars for so long it is time to give someone else a chance to shine. Amy Adams and Cate Blanchett were certainly good in American Hustle and Blue Jasmine respectively but nothing earth shattering. Sandra Bullock in Gravity, on the other hand, is something that deserves recognition. Considering most of her performance is done through breathing, reacting to environments that weren’t there, she does a truly amazing job. The Academy could easily take the safe route and give it to Streep, which would be a boring and predictable move. 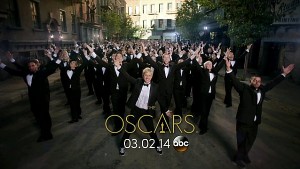 While there are many more categories to cover the ones above will have the greatest impact on the film industry moving forward. If The Wolf of Wall Street does end up with Best Picture expect directors to start taking a lot more chances and pushing the envelope of R-ratings. A surprise win from McConaughey could change the career of a once B-list character actor into one of the most powerful actors in Hollywood. Who will take home the coveted golden statues? We will have to wait until Sunday to find out.