Author and award-nominated filmmaker, Raoul Mongilardi, published the first book in a novel series of an epic world-building science fiction space saga entitled, “Next To The Gods,” Book 1, When Gods Walk Among Us in 2012.  Little did he know that life would soon imitate art. 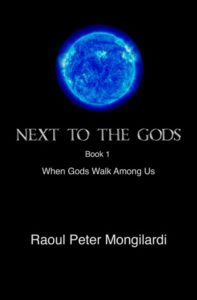 Three of the books in the“Next To The Gods” series are now in print through Amazon and Kindle, rating high with readers who compare the series to iconic hits like “Game of Thrones” and “Star Wars.”

But since the series launched, something intriguing is happening where real world scientific discoveries have mirrored the descriptions in his novels!

It began with a Huffington Post article in 2013, about Mongilardi’s series by contributing columnist, Xaque Gruber. In the article, Mongilardi discussed the inspiration of his pantheon of entities and gods, reminiscent of powerhouses like “Clash of the Titans,” and similar films based on mythological characters.

Intrigued by sci-fi genre authors Asimov, Arthur Clarke and others, Mongilardi crafted his mythos over more than a decade, using the concept of a Dyson Sphere in his series, employing the idea of a gigantic space structure in a unique and fascinating way. A “Dyson Sphere” is basically a behemoth ring or sphere in space that surrounds a planet or planets, collecting huge amounts of energy. In “Next To The Gods,” Mongilardi makes it a sphere, capable of releasing or “accreting” excess en

ergy out to space. In Book 1, people on Earth see this extra energy as starlight or “corona” light ‘blinking’ erratically.

In October 2015, in a fascinating synchronicity to Mongilardi’s series launch novel, the NASA Kepler telescope discovered a star in the “Cygnus” constellation that blinks in a manner baffling astronomers and that is oddly similar to the manner in which Mongilardi describes humans witnessing the blinking “Sphereworlds” of his series. Speculation about the newly discovered star, designated by NASA, KIC 8462852, ranges from orbiting comets blocking starlight or even “alien mega-structures” such as Dyson spheres. This prompted a second Huffington Post article and interview in November of 2015 with Mongilardi, and in January of 2015, the same article hit the number one online Yahoo News position.  Most recently, on August 10th 2016, another article broke regarding more strange behavior of the star known as KIC 8462 with news that apparently the odd, “blinking Star” is now decreasing in brightness “dramatically,” adding fuel to theories about ideas regarding the enigmatic star.

When reached by Press Pass LA while on location for a film, Mongilardi was asked how he felt about a star behaving almost exactly as he had described in a novel published previous to the discovery, and subsequent developments. Mongilardi said, “I think it was Heisenberg who said, ‘Not only is the Universe stranger than we think, it is stranger than we can think.’ On Earth, we have animals defying imagination, living at crushing depths in the ocean so inhospitable to humans and in realms we know so little about as to be literally alien to us in the sense of how deep the gulf is between our species. Ever since the Industrial revolu 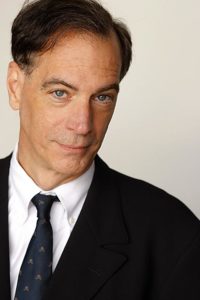 tion, we’ve been playing a high stakes challenge to preserve the variety of life we threaten. KIC 8462 has had a humbling effect on me because a discovery in space after my publishing, and mirroring so closely my work, really speaks to what we’re learning and how our theories are evolving in regard to matter, time and energy. I think this refers to Heisenberg’s thought and certainly just when you think you are making strides in cosmology, take a step back because it could be a giant leap.”

Next To The Gods is under the masthead of OM-RPM Productions, with actor and designer Bryan McClure helming graphics and digital presence. The company plans to update the book covers and is currently in talks to bring the series to the silver screen.  They also have a full production slate!

With it’s uncanny parallels to real life science discoveries, we are sure these books would be a hit with sci-fi film lovers everywhere.