With fall here, we’re ready to fall in love with new titles and sequels. You see what we did there? We’ve picked a full range of titles available from thriller to scifi in our must read selections this fall. Scroll down to find out what page you should be turning. 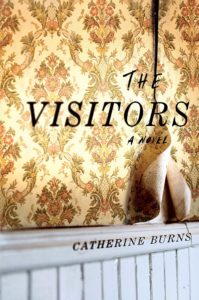 First up on our potential film or tv adaptation is ‘The Visitors’ by Catherine Burns. This novel is so bizarre we couldn’t put it down. After reading this odd tale of Marion Zetland and her domineering brother John, we’re convinced this is one ‘Mother’ style movie that could hit the big screen. Marion in the novel lives with her brother in a crumbling estate in the middle of nowhere, ok a seaside with a small resort, but really …nowhere. She’s eccentric. Like next level eccentric. In her 50’s and sleeps with teddy bears eccentric. Right? Anyways weird habits aside, a list of never-ending rules enforced by her brother plague her existence, she ignores freaky sounds, and isn’t allowed behind a cellar door. Okay. This is some ‘Saw’ movie potential eeriness yeah? Well, things only get weirder. She ignores other signs until her brother suffers an emergency and she (obviously) goes behind the cellar door. You think you have this book pegged, but you don’t. You never do. Don’t let Marion fool you. This is one character you can’t blink an eye at. Make sure you add this to your must read shelf.

We love painting a picture of Earth always being the good guy fighting the evil monster. But are we? The Rift Trilogy 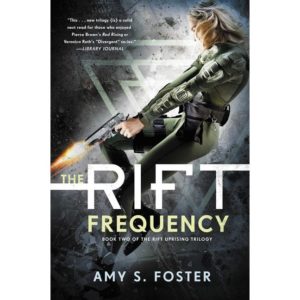 challenges your perception on the what if’s of an alien filled world. Oh man. This YA series has it all. Scifi, inter-dimensional travel, super human evolved kids ( without their parents consent because: Government) love, fights, adventures, aliens, you name it! We can’t decide. On one hand this could be a film series of SUCH epic proportions, but then shows like ‘The 100’ make us pause. This could be set on a tv budget with a decent cast and effect. BUT, it would make an incredible film. Here’s the blurb off the back. Let us know if you’re down to join team Ryn, because umm hello we are!

Normal seventeen-year-old girls go to high school, binge watch TV shows all weekend, and flirt with everyone on the face of the Earth. But Ryn Whitaker is trying to save it.

Ryn is a Citadel. A soldier. A liar. Ryn and her fellow Citadels were specially chosen and trained to guard a Rift—one of fourteen unpredictable tears in the fabric of the universe that serve as doorways to alternate Earths. Unbeknownst to her family, Ryn leaves for school each day and then reports for duty as an elite, cybernetically-altered soldier who can run faster, jump farther, and fight better than a Navy SEAL—which comes in handy when she’s not sure if axe-wielding Vikings or any number of other scared and often dangerous beings come through the Rift. A fine-tuned weapon, Ryn is a picture-perfect Citadel.

But that’s all about to change. 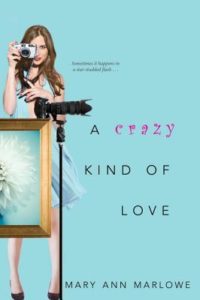 Next up, is a great selection for our romance lovers. Check out: ‘A Crazy Kind of Love’ by Mary Ann Marlowe. Jo Wilder (our protagonist thank you) is freshly out of college, and a lack luster first job she left Atlanta behind to follow her dreams in NYC. Too bad her first job in NYC thanks to her college pal is working for the most savage paparazzi rag in town. Jo aspires to be a portrait photographer, concentrating on telling people’s stories, not chasing down celebs one swanky neighborhood at a time. Leave it to Jo to run after an ‘A-lister’ only to run into another without her knowledge. Her “scoop” becomes out scooped by a competing shot of her on this mystery man’s shoulders. The author did a great job creating a funny encounter, followed by an interesting look of the celeb and paparazzi world of tabloid photography. It’s a romance novel so of course our girl Jo is falling for the wildly attractive rockstar. We’d love to see this as a film. First off Jo is half Southern Belle and half Indian, and come on. After millions of blondes starring in rom-com’s we’d love to see Hollywood tackle a fresh face and new story with a not so typical storyline for once. So A+++ for inclusion Mary Ann! 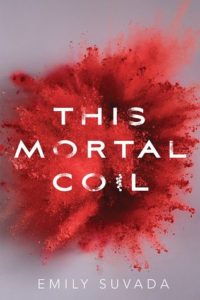 FILM!!!! FILM FILM FILM. We’re starting a chant for this next book. Possibly the best of not one of the best new series to debut in 2017. Check out ‘This Mortal Coil’ by Emily Suvada. We loved it so much we’re worried in our enthusiasm we’ll spoil it. After writing, deleting, and re-wrting we’ve scrapped the details. Instead heres the blurb from the back:

In this gripping debut novel, seventeen-year-old Cat must use her gene-hacking skills to decode her late father’s message concealing a vaccine to a horrifying plague.

Catarina Agatta is a hacker. She can cripple mainframes and crash through firewalls, but that’s not what makes her special. In Cat’s world, people are implanted with technology to recode their DNA, allowing them to change their bodies in any way they want. And Cat happens to be a gene-hacking genius.

That’s no surprise, since Cat’s father is Dr. Lachlan Agatta, a legendary geneticist who may be the last hope for defeating a plague that has brought humanity to the brink of extinction. But during the outbreak, Lachlan was kidnapped by a shadowy organization called Cartaxus, leaving Cat to survive the last two years on her own.

When a Cartaxus soldier, Cole, arrives with news that her father has been killed, Cat’s instincts tell her it’s just another Cartaxus lie. But Cole also brings a message: before Lachlan died, he managed to create a vaccine, and Cole needs Cat’s help to release it and save the human race.

Now Cat must decide who she can trust: The soldier with secrets of his own? The father who made her promise to hide from Cartaxus at all costs? In a world where nature itself can be rewritten, how much can she even trust herself? 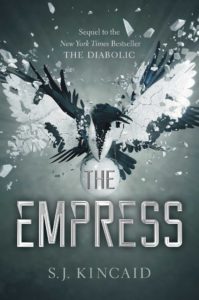 FINALLY. Our girl Nemesis is BACK AND SHES TAKING NAMES. We’re waiting with baited breath on the film which HAS been optioned with Sony Pictures for it’s debut novel ‘The Diabolic’ you can see us raving and foaming HERE. ‘The Empress’ does not disappoint and delivers everything we loved about the first, and more. Expect surprises and issues right from the beginning. Nemesis continues to evolve as does S.J.’s writing and we are rooting for her. This is one novel you won’t want to miss out on.