PALEYFEST 2016: AN EVENING WITH DICK WOLF

Dick Wolf is a legend in the world of television and this weekend Paleyfest decided to close out their festival with a night of appreciation.

Whether you work in the entertainment industry or have simply turned on the television in the past two decades it is inevitable that you have somehow seen his work. As the creator of the Law & Order franchise and now the Chicago franchise, which share a TV universe, his influence is undeniable. 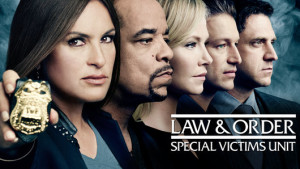 The Dolby Theatre in Hollywood was packed to the bris with fans of all ages. Wolf himself was in attendance along with cast members from his various shows including: Ice-T, Oliver Platt, Colin Donnell, Jesse Spencer, S. Epatha Merkerson and more.

“Getting picked for a Dick Wolf show is like a one in a million shot I think every actor dreams of,” notes Donnell, a newcomer to the Wolf family on Chicago Med. The reason why so many actors dream of a shot on his shows is in large part due to their lasting power. Law & Order has been on the air, in one form or another, since 1990. The Chicago series, which only began a few years ago, are quickly joining that stable for their ability to tell great stories over long periods of time.

“When I first started out no one wanted to take a chance on an hour long drama, everything was half hour sitcoms, “explains Wolf “so it took a long time for Law & Order to get going. But when people ask me what the show bible looks like I say just turn to the front page of the New York Post and there’s your story.” 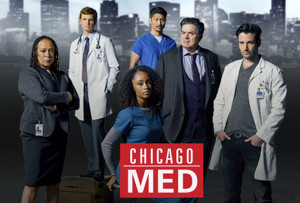 Wolf’s ability to find drama in real world situations and the people on the front lines of the action has brought him a continuous stream of viewers. That also translates to solid jobs for actors all over the country. When put on the spot Wolf estimated that in the past 20 years nearly 40,000 actors, both lead players and guest stars, have been on his shows since they started airing. Unsurprisingly a large portion of the audience, which was comprised of everyone from SAG members to casual fans, admitted to having been on his shows at one time or another. The biggest success story seems to have come from former rapper Ice-T. “My time on SVU started out as a four episode arc, that was 17 years ago,” he jokes.

No one can deny Wolf’s power and influence in television and it does not look like he is going to stop any time soon. Wolf used the event to announce the fifth show in the Chicago franchise, Chicago Justice, will start filming next week with Carl Weathers in the lead.