PATRICK GALLAGHER TALKS ATTILA THE HUN IN NIGHT AT THE MUSUEM

Press Pass LA’s partner The Inside Noise radio show, which broadcasts every Thursday at 11AM PST from Mixology 101 at the L.A. Farmer’s Market, recently chatted with guest Patrick Gallagher about reclaiming his role as Attila the Hun in the third Night at the Museum.

Patrick has been making Hollywood laugh for quite a few years! He first gained notoriety through what become one of his most well-known roles as Coach Tanaka on the first season of Glee. But Patrick has a lengthy list of accomplishments under his belt including appearing in  True Blood, Almost Human and most recently on the third installment of Night At The Museum: Secret of the Tomb as the unforgettable Attila the Hun.

The Inside Noise Show found Patrick to be not just a talented sucka, but also a truly funny fellow who has quite a bit of intelligence and wit! 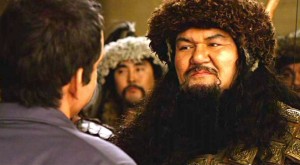 He let Chrissy & Barry in on the secret of Attila the Hun’s language and his definite liberal political views. The Inside Noise Show will most certainly be keeping tabs on Patrick to see what he is up to next!

To check  out the full interview, listen  here
In theaters nationwide this Christmas.