“Every one is responsible for everybody else’s safety.” That is how Jess Phoenix, Congressional candidate and volcanologist, sees her role in Congress and the impending threat of climate change to our nation. Hollywood seems to agree!

With a President in office that denies climate change, and an influx of natural disasters, Phoenix is calling for the need for scientists who understand technology and how it can be used to help our country and our planet. She sees California as the global hub for green tech innovation.

Phoenix released her new campaign video today titled “Rise Up,” including footage from the recent fires that have ravaged the Los Angeles area and celebrities took to Twitter in support. Patton Oswalt, Piper Perabo, and The Big Bang Theory‘s Executive Producer, Bill Prady, were among the first to endorse. 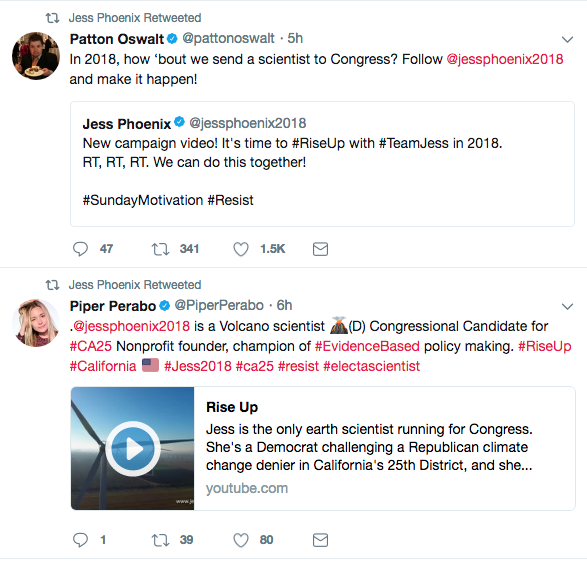 Phoenix is no stranger to celebrity recognition and she welcomes it. Early on in her campaign, the cast of Star Trek  including Tim Russ, Robert Picardo, and John Billingsley lent their support to a series of Phoenix’s campaign videos. “They saw the correlation between my positions about issues and the Star Trek universe, and how the ideals of Gene Roddenberry’s future matched up with what I wanted to fight for,” Phoenix recently told Wired.

In addition, Jess has long been a member of The Explorers Club, an elite invitation only group that boasts James Cameron, Richard Branson, and Jane Goodall as fellow members.

Phoenix has perviously been featured on series on the Discovery Channel and is currently on several episodes of the upcoming season of  Science Channel’s show “What On Earth.”

For Phoenix, it’s not about the spotlight; however, the support is critical as she’s running a grass roots campaign and relying on individual support to challenge her incumbent and put a Democratic in office in her district (for the first time since 1993.) 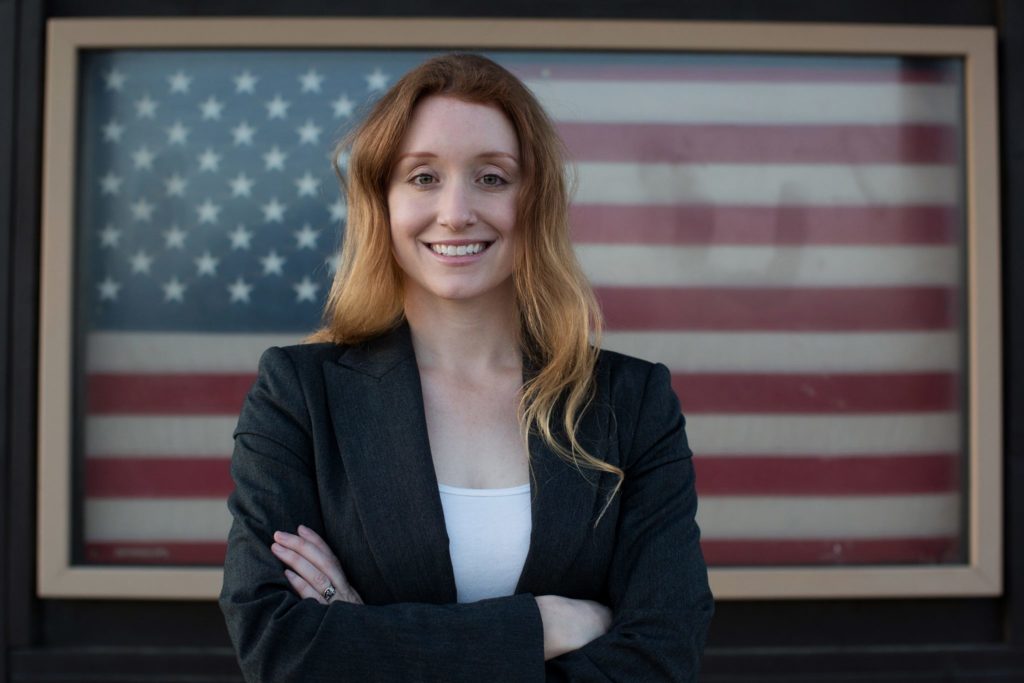 Phoenix’s campaign website highlights that research shows climate change is going to impact our national security, our jobs, our health, and even our food security. She believes a scientist’s approach to solving big picture problems like this is crucial. “We need representatives who can review tons of evidence and data, and that is something that my work as a scientist has prepared me uniquely to do,” Phoenix told Press Pass LA.

“I decided to run for Congress just after the turn of 2017 into the new year, when I realized that there was an all out assault on facts, evidence, and the truth. This was coming from both Donald Trump and members of Congress, like Steve Knight, who I’m running against. I just can’t stand by that. I am a scientist, and I work in the world of facts and the truth. I believe that’s what we need to make policy,” said Phoenix.

If you agree, DONATE to support her campaign.