Well…who isn’t obsessed with P!nk? But the play on Aerosmith’s classic is a must when announcing her for the AMA’s. Don’t forget the AMA’s are voted on by YOU! That’s right, fans pick the winners. You’ll find the link at the end of this article. Check out the official announcement below, as well as P!nk’s current stats in case, you know, you’ve been living under a rock. 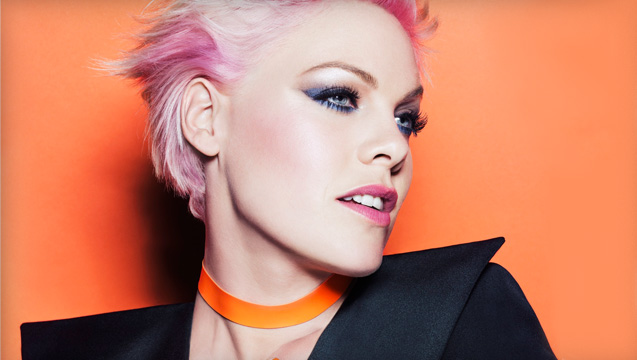 Dick Clark productions and ABC announced today that international music superstar, P!NK, will once again elevate her commitment to performance art with a fearless, one of a kind musical experience at the “2017 American Music Awards.” P!NK will  perform a show-stopping rendition of the title track from her most recent album Beautiful Trauma, which debuted at No. 1 on the Billboard 200 chart in October and marked a career high for first week sales. The chart-topping singer, songwriter, dancer and actress first took to the American Music Awards stage in 2001 to perform her contemporary R&B track “Most Girls.” She returned in 2003 to perform her pop hit “Trouble,” and again in 2008 for her heartfelt single “Sober” and a memorable duet with Sarah McLachlan for McLachlan’s “Angel.” Taking the American Music Awards stage for the first time since her 2012 buzzworthy acrobatic performance of her Billboard Hot 100 hit “Try,” P!NK is set to make her highly anticipated return with a mind-blowing performance unlike anything that’s been seen before. The “2017 American Music Awards,” the world’s largest fan-voted awards show where music enthusiasts watch their favorite artists and pop culture icons come together to honor idols, newcomers and record-breakers in the contemporary music scene, will broadcast live from the Microsoft Theater in Los Angeles on Sunday, November 19, 2017 at 8:00pm ET on ABC.

Since her debut in 2000, P!NK has released 7 studio albums, 1 greatest hits album, sold over 50 million albums equivalents, over 75 million singles, over 2.4 million DVDs worldwide and has had 15 singles in the top 10 on the Billboard Hot 100 chart (four at No. 1). In addition, she is the recipient of three Grammy Awards (18 nominations), one Daytime Emmy Award, two Billboard Music Awards, six MTV Video Music Awards, two MTV Europe Awards, two People’s Choice Awards, was named Billboard’s Woman of the Year in 2013 and has sold out arenas all over the world.  Her seventh studio album, Beautiful Trauma, debuted at No. 1 on the Billboard 200 chart and marked a career high for first week sales.  Additionally, the album debuted at No. 1 in 10 other countries, on Billboard’s Top Album Sales Chart and Digital Albums Chart, and is the highest selling debut for a female artist in 2017.  Her 2018 “Beautiful Trauma World Tour” is set to kick off on March 1 in Phoenix. P!NK is a huge supporter of various charities, including: Make a Wish Foundation, Autism Speaks, Human Rights Campaign and No Kid Hungry.  She remains on the UNICEF team as an Ambassador.

The American Music Awards winners are voted entirely by fans. Voting is now open in all categories. Fans are able to vote using the following methods: