On Saturday, April 25 Vermont Avenue in Los Feliz played host to a neighborhood party called 1816: A Pop-Up Shop by Clover. The party launched an ongoing partnership where Clover Juice teamed up with eclectic local brands including everything from men and women’s clothing to jewelry to paper goods to beauty products. 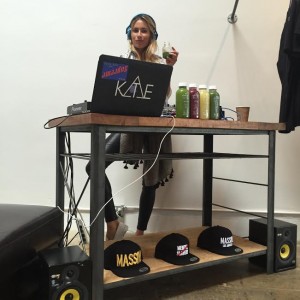 The products were sold in what will be an ongoing venture at the location. The launch was DJed by many local disc jockeys, including Katie Davis and members of the local band Cool Side (who appeared at Coachella in 2014), who live in the neighborhood.

Guests lounged on the furniture, danced, and hung out drinking Clover Juice! They also enjoyed jewelry from MYINTENT, a charity line that was worn by Kanye West on the cover of Time recently, and stayed cool thanks to snacks from Coolhaus (our FAV ice cream/cookie sandwiches!)

Prices ranged from $5 for lip balm to $125 for handbags included the following brands:  A. Hutching, Odylyne The Ceremony, Kid Dangerous, Be Honey Bee, Wolf + Man, LovebirdsLA, and The Ampal Creative, Lokai. 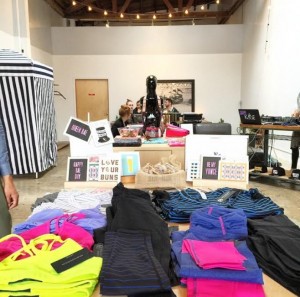 Clover Juice was created in 2013 by husband-and-wife duo Cassandra and Andrew Walker with the mission to make the nutritional benefits of high quality juicing accessible to all. It has since become a go-to for Los Angeles foodies and health nuts with their organic, raw, cold-pressed blends being their calling card.  The brand recently expanded and began shipping Clover overnight everywhere in the U.S.