Although we are still waiting for this year’s Oscar nominations to be unveiled, the nominations for other ceremony contenders are out. Friday, the British Academy of Film and Television Arts (BAFTA) revealed their picks for the 2016 season. After carefully examining their full list, there is plenty for us pop culture fanatics to deliberate!

With the announcement of this year’s BAFTA nominations, Carol and Bridge of Spies are paving the way. I’m happy to see that Bridge of Spies is receiving the attention it deserves from BAFTA, considering it had been neglected throughout the Golden Globes and Screen Actor’s Guild’s (SAG) pickings. However, will Cate Blanchett win for Carol? Will the film sweep this awards season? No.

Out of all the Best Actress contenders, Saoirse Ronan seems to be the most likely choice to win the SAG, BAFTA, and the Golden Globes for her performance in Brookyln. However, I’m still hoping that Brie Larson wins something for Room. Everything about Room—the cast, the story, and the film’s direction—was mind blowing! If she doesn’t win at least something, I have lost all faith this awards season.

In discussing the actress nominees, I just want to point out that Alicia Vikander has been nominated in both the Best Actress and Best Supporting Actress categories for the Golden Globes and BAFTA. That has to be some kind of record, right?

As for Best Film, that’s a little trickier. Since the Globes have the film categories split between Drama and Comedy/Musical, anything could win. However, it will most likely be The Big Short (Comedy or Musical) and Spotlight (Drama). For the SAG and BAFTA, Best Picture could potentially go to either film. However, most are indicating Spotlight as the landslide-win for this season. Still, I am very interested to see how the Academy’s Best Picture category will play out. 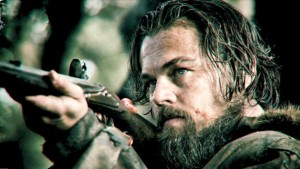 Will DiCaprio finally get an Oscar for his daring performance in The Revenant?

Generally speaking, the Oscar’s can choose up to ten films to be a part of the Best Picture nominees. However, eight still seems to be the standard choice. Spotlight and The Big Short are the only guaranteed films within this year’s Oscar race. However, my predictions to complete the rest of this category are the following: Carol, Room, Brooklyn, The Martian, and The Revenant. Potentially, Straight Outta Compton could be nominated to appeal to younger demographics—it’s a tactic the Academy always tries to do, but fails at (aka Anne Hathaway and James Franco hosting). However, Bridge of Spies is the more likely film to win that final coveted spot.

This awards season, one of the more inconsistent lineups is the category for this year’s Best Actor. The Globes awarded an undeserving nomination to Will Smith for Concussion. Don’t get me wrong, the film’s premise and script match up, but his accent doesn’t make the cut for me. He botched it! The Globes needed to fill a slot for Best Actor category. Yes, he’s an overall decent actor and a likeable guy. But, he had absolutely no shot this year.

Also, I am little surprised to see that Johnny Depp has only received a SAG nomination for his role in Black Mass. Maybe his comment about not wanting to win an Oscar didn’t go over well?

With three of the major award show nominations released, there is only one major player this year in the Best Actor category: Leonardo DiCaprio. I’m happy to say it, but I think this is his year (fingers crossed)! If he gets nominated for the Oscar (which he will), we will have to see how the rest of awards season plays out. 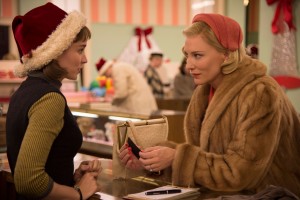 Cate Blanchett in Carol is aiming for the top spot in this year’s awards as it continues to pick up nominations.

In light of this season’s biggest contenders, Disney/Pixar’s Inside Out will sweep awards season for Best Animated Film. Considering the film deals with the sensitive issue of depression within children, there’s no way any other film can beat it. However, I know Disney/Pixar tried to generate this potential success for The Good Dinosaur. Unfortunately, the film proved to fall flat despite its fair review from critics. The Good Dinosaur is just happy to be nominated!

One of the most important categories of the night is Best Director. This year’s race includes last year’s winner: Alejandro González Iñárritu. After winning for Birdman, he made a directorial comeback with The Revenant. Unfortunately, I think Ridley Scott is going to win this category throughout this season. Sure, they could give it to Iñárritu again. But, out of fairness, it’s safe to share the love a bit. Fortunately, Ridley Scott did brilliant work in The Martian that we could understand him winning this year.

In terms of lineup, the most consistent category this awards season has been Best Original song. However, it’s also the strangest. I honestly have no clue which one will take the win. I just hope that they don’t reward Ellie Goulding for singing a repetitive, Top-40, love song that was featured in the abominable film Fifty Shades of Grey. No thanks!

Generally speaking, the Academy Awards tends to line up their nominations with the way in which SAG and BAFTA’s choose their nominees. However, the Academy likes to keep viewers on their feet. Hence, they might throw in a few curveballs. As much as I enjoy watching the Golden Globes, their numerous categories for film tend to make things a tad chaotic—they leave more room for opportunity. Therefore, the Globes make it harder to decipher how the other awards shows that follow will play out.

Regardless, pop culture fanatics have a lot to look forward to in the next several weeks with awards season is kick starting into full gear. Stay tuned with Press Pass LA for more awards season coverage!