With December hitting full swing, it’s time to reminisce about the many highlights that popped up throughout 2017. It wouldn’t be an adequate end-of-year discussion without talking about the best movies that had emerged, however.

Superhero movies proved to be all the rage in 2017 with new arrivals from DC Comics and Marvel, but filmmakers weren’t afraid to hit touch on controversial subject matters, either. Some films managed to detail the varying political and racial tensions that have plagued American culture, which is what made said projects standouts this year.

There were many movies that caught our eye in 2017 from comedy to drama and everything in between, we only want to honor the best of the best.

Our selections aren’t placed in any particular order. 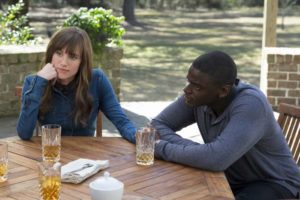 “Get Out” emerged in a timely fashion. President Donald Trump’s election campaign highlighted the racism that is still heavily embedded in American society, which is a subject matter explored by the horror flick. The film, starring Daniel Kaluuya and Allison Williams, portrays the worst possible scenario of a black man going to meet his white girlfriend’s seemingly Obama-loving parents. Written and directed by Jordan Peele, the Sundance Film Festival standout became an unexpected box office hit.

Screenwriter-Director Greta Gerwig managed to portray one of the more relatable stories about teen angst to date, which is why it will likely become a classic in the years to come. Christine “Lady Bird” McPherson (Saoirse Ronan) discovers the ups-and-downs of being a teenager in Sacramento, California, as she prepares to embark upon her college years, but not without bumping heads with her mother. Lady Bird longs for sophistication in her life while claiming to be from the “wrong side of the tracks,” but she eventually realizes what matters most.

Kumail Nanjiani and wife Emily V. Gordon penned the screenplay on their real-life relationship in”The Big Sick,” which depicts how they battled the harsh realities of culture clash in a comedic light. Directed by Michael Showalter, “The Big Sick” saw success in a limited release run following its debut at the 2017  Sundance Film Festival. 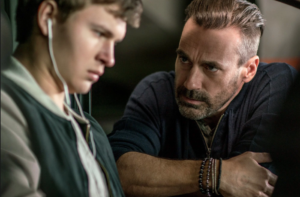 Edgar Wright’s “Baby Driver” sees Ansel Elgort as Baby, a young getaway driver hired to temporarily aid a group of bank robbers (Jon Hamm, Jamie Foxx, and Eiza González) led by Doc (Kevin Spacey). While he typically aims to remove himself from the equation by wearing earbuds to cope with his illegal tasks, things naturally take a turn for the worst. “Baby Driver” is a brilliant thrill ride that pays close attention to detail and executes CGI-free car chase scenes.

The Spider-Man franchise has been done before, with the more-recent Andrew Garfield led reboot causing more problems than solving. “Spider-Man: Homecoming,” which is helmed by Jon Watts, is the Spider-Man flick that audiences deserve. Watts adds a John Hughes feel to this updated Spider-Man flick as Peter Parker (Tom Holland) is fresh off of battling alongside the Avengers. Peter struggles to balance being a superhero alongside normal teen activities, like attending parties or going to the school dance.

Through the combination of Patty Jenkins and Israeli actress Gal Gadot in the titular role, “Wonder Woman” saves the withering DC Comics film universe. Diana Prince (Gadot) learns of conflict in the outside world after a pilot (Chris Pine) crash lands in her homeland, which leads her to leave home to help fight a war. “Wonder Woman” proved to be a blockbuster hit after it reeled in $103 million in its opening weekend, even making Jenkins the top-earning female director in the live-action film category.

Since the arrival of Christopher Nolan’s “Dunkirk,” it has become an early contender for the 2018 Academy Awards. Nolan’s picture acknowledges a largely untold World War II story as ally soldiers from Belgium, France, and the British Empire are encircled by Germany’s army. As a film that’s best experienced in IMAX, audiences will be able to see this suspenseful war drama as it depicts the story from a variety of perspectives.

Director Sofia Coppola’s remake of “The Beguiled” did not disappoint. A shakeup occurs at a Virginia girls school when an injured soldier (Colin Farrel) arrives, which brings about sexual tension as many of the girls (Nicole Kidman, Kirsten Dunst, and Elle Fanning) vie for his attention. As one of the most raved about films to surface from the 2017 Cannes Film Festival, the picture allowed Coppola to become the second female to earn the Best Director Award for her efforts.

Disney/Pixar’s latest venture has become an unexpected box office hit as its managed to smash records, but that’s not what makes this film a winner in 2017. Aspiring musician Miguel is restricted from chasing his dreams due to his family’s long-held ban on music, but he soon enters the Land of the Dead to find a famed singer, who is also his great-great-grandfather. “Coco” proves to be a response to Trump’s America as it depicts the limitations immigrants have faced in an effort to achieve their dreams.

Call Me By Your Name

First love never looked so good in Luca Guadagnino’s “Call Me By Your Name.” A blossoming romance surfaces between a 17-year-old boy and a 24-year-old man during the summer in 1980s Italy. Based on the novel by André Aciman, the film adaptation earned praise after its debut at Sundance Film Festival, which has made it an early Oscar’s contender.