There are many ways to make a debut album, and having some of the biggest names in the music industry produce it is a sure fire way to be a hit. Jessica Sutta (former Pussycat Doll)  took that route with her first single “Let It Be Love” off her debut solo album Feline Resurrection.

Her single, “Let It Be Love” drops everywhere this Friday, May 15th, with the full album to follow.  The song was penned by and also features Grammy nominated hit making writer, producer and artist Rico Love (Beyonce, Usher David Guetta, Nelly) and produced by 22 year old grammy nominated prodigy S-X (Childish Gambino, Lil Wayne, Lupe Fiasco).”When I first heard what Rico wrote, it was as if he had looked into my soul and wrote from my very own life experiences. I was moved to tears,” explains Sutta. 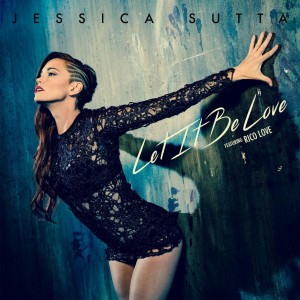 “We all know that love is the most beautiful and powerful force in the world and I think most people have experienced the pain of longing to find it. I know I have been there and when I heard the lyrics I knew right away that this was going to be my first single because it speaks my truth and I believe it will connect with people’s hearts. It is an absolute honor to be working with such an incredible team on this song. ”