Q & A WITH AUSTIN BASIS: CW’S ‘BEAUTY AND THE BEAST’

For those of you who aren’t familiar with Austin Basis, he is becoming a well-known name in the world of television. Previously, the growing actor held a role on the CW’s “Life Unexpected” alongside Britt Robertson. Now, he portrays J.T. Forbes on the CW’s hit show “Beauty and the Beast”.

Press Pass LA had the opportunity to speak with Austin about his role on “Beauty & the Beast” and his journey as an actor. Without further adieu, please take a look at our fun interview with Austin! 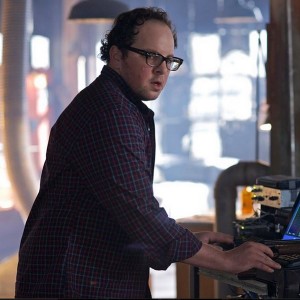 PPLA: You portray fan-favorite character J.T. Forbes on the CW’s “Beauty & the Beast”. What is it about this character that you think makes him so appealing to the masses?

AB: I think he’s just an everyman thrown into life and death and extraordinary situations. I feel that as the character itself and as an actor approaching that role, I do my best to create a three dimensional person that the audience can relate to. I think the sense of humor helps too! I think it works for the growing endearment of J.T.

PPLA: Yea, you have definitely brought comedy to the show for sure!

AB: Mhm! Although, this Thursday and the fourth season we’re filming now, Tess (Nina Lisandrello) has her own brand of sarcasm and humor. And also, Heather (Nicole Anderson) has that and she’s come on as a series regular for the third season. So, it’ a little more balanced than it used to be where I was just the only one who had those comic lines. But, that’s fine for me. You got to share the wealth!

PPLA: Exactly, there’s no harm in that! I’m sure many fans of the show have wondered this… do you believe that you posses any similarities to J.T.? If yes, how so?

AB: Well, I think you often gravitate to characters because you relate to them in certain ways. Or, because they’re totally opposite to you and you want to play those kinds of emotions or levels of a personality that you’ve never been able to do in your life. So, as an actor, to me those are the two extremes you gravitate towards. For me, J.T. is obviously the one that I have a lot in common with.

PPLA: I think it’s really great because we’ve really been able to see your character grow throughout the series so far.

AB: Yea, that’s the best part about TV—you’re able to kind of follow a story through. As an actor with a character, you live with that character. Basically, I got the part in February of 2012. It’s [been] over three years later and we’re on the fourth season—you know, 75 episodes deep. You kind of explore how far a character can go through ups and downs.

PPLA: That’s one of the best parts about TV because you actually have time to develop and become invested with these characters. So, with the recent arrival of season three, can fans expect to see more plot twists and curve balls as in previous seasons?

AB: Yes, definitely! But only now, it’s incubated into 13 episodes. It is definitely more action packed, but there’s always moments within every episode for character development. But, I think season three is stock-full of plot-driving stuff.

PPLA: It was made official earlier this year that “Beauty & the Beast” is scheduled to come back for a fourth season, which is exciting! Do you have any predictions for what’s to come?

AB: Well, I know a little of what’s to come because we just started filming season four before season three even ended! 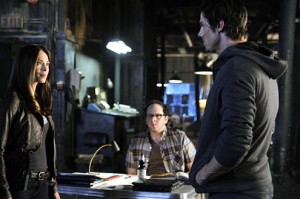 AB: So, when I do interviews and talk about it, I have to be careful not to [spoil]. A lot of the premise of season four has a lot of spoilers and it’s totally full of things that would ruin the story for season three. With season four, I don’t think this gives too much away, but I don’t think there is a theme necessarily. It’s more about the calm after the storm and how we recover from what happens in season three. So, a lot of stuff goes on in season three—a lot of crazy stuff! Season four becomes the aftermath and the hangover to all the stuff that we go through.

PPLA: “Beauty & the Beast” is a very unique show. What do you think separates this show from other sci-fi type shows? What makes it special?

AB: Well, I think what our show has is that we have obviously modernized a classic fairytale in a very sensitive way. We’ve molded and kind of followed that story down a lot of different paths; some of which were received better than others. But, I think ultimately the essence of the story and the goal of our cast, writers, and producers is to elevate that kind of material so that it not only has an action-plot twist impact, but there is an emotional investment too. I think that is evident with our fans and how passionate they are about the show by supporting it, watching it, and talking about it.

PPLA: I totally agree! So, I had previously read somewhere that acting wasn’t your original career path. Is that true?

AB: Well, it was cool until it didn’t happen [laughs]. If I ever talk about it, I’d be like “Ah, if I didn’t go into acting, then I would’ve been a professional baseball player!” But, I probably went into acting because I couldn’t be a professional baseball player. My genes and my circumstances did not allow me or lead down that path to succeed in that career. I still play baseball on the weekends.

PPLA: You have been able to maintain a successful acting career despite not being able to choose baseball as a career. Perhaps, you’ll play a baseball player at some point! So lastly, like many actors, you have delved into philanthropic work. However, a lot of the philanthropic projects you’ve become involved with have had a personal impact for you—being JDRF. What does this mean for you to give back to the JDRF community?

AB: Well, growing up, I was diagnosed right before my ninth birthday. So, I’ll be celebrating my 30th anniversary of my diagnosis in September, which is kind of crazy! For me, it’s gratifying to be living proof as an example for kids to look up to, ask questions, and to confide in to know that it isn’t a life sentence. There’s no cure at this point, but it is something that you can live with. Everything happens for a reason; better, everything happens for the best. Getting Type 1 Diabetes made me work harder, overcome, and live a normal life. I work harder all around in order to not have that get in my way. And, I continue to do that as an actor and as an adult in order to not have Type 1 Diabetes get in my way of anything.

Make sure to catch Austin Basis on “Beauty & the Beast” this Thursday on the CW! Visit AustinBasis.com for updates.