When it comes to singer/songwriters, our favorite artists pull inspirations from their experiences, be it love, life or loss. In this case, Jordanian pop-star, Jaafar has taken pen to paper to create a hit single sure to spark a bit of political conversation. 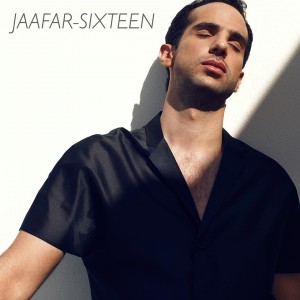 There are upwards of 19million refugees suffering from the global crisis being run out of their homes, driven into overcrowded camps, murdered, tortured, and forced into sex slavery. Something as simple as staying with family, or celebrating a birthday is just a dream to many of the people, especially children and teens, that have become refugees; a sad truth that triggered Jaafar to write the song ‘Sixteen.’

We sat down to speak with Jaafar about this track and what to expect next from his music career.

PPLA: The song “Sixteen” is about a girl who, because of all the war around her, is afraid but hopeful to see another day, another year, another birthday…is this about someone you know?

JAAFAR: Really it’s not one girl, it’s too many girls and people in general who are suffering and losing their lives. Children aren’t even seeing one or two years old let alone sixteen because of the war and all of the injustice. Because of that, for this sixteen-year-old girl, making it to her seventeenth or eighteenth birthday feels like a fantasy.

PPLA: Lyrically, “Sixteen” is a really moving song. “Eyes that don’t ever see the light lose hope, but every single day she prays for a better tomorrow.” Tell me about writing this single and your latest album Folktales of Spring.

JAAFAR: The single ‘Sixteen’ was actually the second song I wrote for the album after the song “Dalia.” It’s the first time I felt like I had really found my sound. I feel like it infuses Middle Eastern and Western sounds which became a common link for the whole album. This is the first album where I started to take lyrics very seriously. When I first started writing, it was all about the melody and the music. I feel like a song is like a girl. A beautiful melody is like a beautiful girl; you’re attracted to her and that’s the first thing that catches your eye, or your ear in this case. The lyrics are the girl’s personality. If she has a great personality you can hear her forever, if it’s a bad personality, you skip to the next track.

PPLA: Exactly! You have a show coming up at The Roxy, tell us about that. 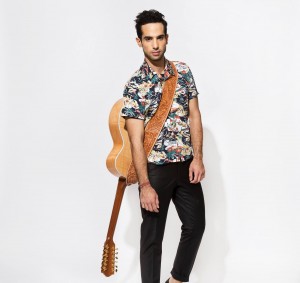 JAAFAR:  To be from Jordan, and to have the opportunity to play not only in the entertainment capital of the world but a place so iconic as The Roxy, it’s crazy. It’s really exciting.

PPLA: On top of that you’ve made it onto the Billboard Mainstream Top 40 Indicator Charts so congrats! What’s next? Are there any celebrity collaborations you hope for?

JAAFAR:“ There are a lot of Jordanian and Middle Eastern artists I’d love to work with, but in the West I’d have to say Sade…and Sting-that’s the ultimate.

PPLA: What’s the best advice you’ve been given, and give to other artists?

JAAFAR: Find your inner self-  do I have the chops, do I have what it takes and ultimately, if a door gets slammed in your face…find a window to climb through.