Press Pass LA had the chance to sit down with Lauren Stamile, one of the stars of the USA Network’s newest thriller-drama “Complications.” 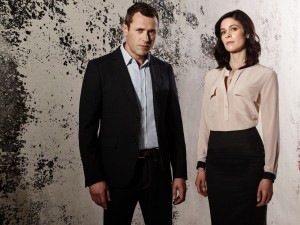 Lauren Stamile is best known for her roles as Nurse Rose on Grey’s Anatomy, Michelle Slater on the NBC series Community and CIA Agent Dani Pearce on the USA Network series Burn Notice. We sat down with Lauren to find out what to expect from her series role as doctor Bridget O’Neill on the upcoming Complications opposite Jason O’Mara, Jessica Szohr, Beth Reisgraf and more, premiering June 18th.

In Complications, Dr. John Ellison (Jason O’Mara) is still recovering from his daughter’s death when he intervenes in a shooting. When he learns the boy he saved remains a target, John becomes an unlikely vigilante hero, drawn into a gang war where he must often do the wrong thing for the right reasons.

PPLA: You grew up in Tulsa, OK, when did you first know that you wanted to be an actress? Was there a specific moment?

LS:  Very, very young! Early on I told my parents that acting brought me out of my shell; a way to pretend.

PPLA: Had anyone in your family followed this same career path? What was it that inspired this decision to make it a career instead of a hobby?

LS: My parent’s love of entertainment, the arts, books, theatre, art and film in general. I love them and there love for that world. It was just so natural.

PPLA: Do you remember what your first acting gig was in the industry and what that moment felt like?

LS: Regarding the Los Angeles TV/film industry, my first acting gig was a WB comedy series called Off Center with four guys and a girl.  It felt like camp everyday! The show was actually based in NY but we filmed here in LA. 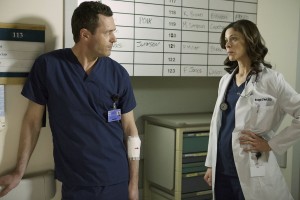 PPLA: Are you still filming Season 1 of “Complications” on USA Network or have you wrapped?

PPLA:  What’s next? Do you have your eyes on another role in film or are you filming any other upcoming TV spots?
LS: A second season of Complications is something we are all hoping for and yes, maybe some guest work in the meantime.

Tune in to Complications on the USA Network starting June 18th.