Q & A WITH OSKAR RODRIGUEZ OF HULU’S EAST LOS HIGH

Newcomer Oskar Rodriguez is definitely someone to keep your eye on over the next couple of years. He has ventured into the dance world through various projects—including performing as a backup dancer during Shania Twain’s Las Vegas residency. Now, Oskar has decided to take a stab at acting as he nabbed the role of Omar on Hulu’s hit series “East Los High.”

Press Pass LA had the opportunity to speak with Oskar about his journey through the entertainment business. Now, without further adieu, take a look at our fun interview with East Los High’s Oskar Rodriguez!

PPLA: Your background is in dancing and not acting, correct?

PPLA: How long have you been a dancer?

OR: Wow, I’ve been dancing for thirteen years! I started when I was very young in Puerto Rico. I was around 14, 15 years old. It just came to me in the weirdest way. My friend invited me to a dance class and the rest was history. It wasn’t until I really started training in dance that I fell in love with it.

PPLA: So, what sparked your recent interest in acting?

OR: I knew that I always wanted to be that guy on the screen like “Oh my god, I want to do that!” Then, I came to L.A. and that was my dream—to move to L.A. and do it. But, because I moved to L.A. as a dancer and I was already working slightly, my wanting to act sort of took a back seat. So then, nine or ten years later after living in L.A., I was doing a show in Vegas for Shania Twain and it was just like one thing led to another. I decided, all right—it’s time for me to go to school and start training as an actor. And now, here I am!

PPLA: I know you’ve had the opportunity to dance on camera through projects like Teen Beach Movie. For you, is it different dancing live compared to dancing for camera?

OR: Yes. Everything is caught on camera! You don’t want to be the dancer that’s like, “I messed up.” Then you do it once, twice, three, four, seven times. Sometimes, it is just long hours on set. Like, when I was doing Disney’s Teen Beach Movie in Puerto Rico, there was a lot of dancing on the sand under the hot sun. But, you got to get it done for the shot. So, it’s two different monsters, but I enjoy doing both of them. 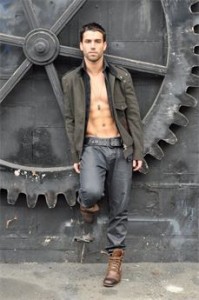 PPLA: So, do you prefer to dance in front of the camera?

OR: No, I love the thrill of the stage more. In dance, you get that roar from the people and jitters. It’s fun!

PPLA: You’ve landed the role of Omar on “East Los High”. How did that come about?

OR: Basically, it was all over the place. When I got called to audition for East Los High [for season] three, I had already auditioned way back for season one. They needed dancers that could act at that point. So, I went to audition for that series and I auditioned for the character of Jacob. I sort of winged it, to be honest. I could feel and they knew that I wasn’t ready. So, that didn’t happen. Then, I got called to audition for the third season. I went in to my first call and got a callback two days after. I read for everyone except for Omar! Four months went by, and I never heard anything. So, I went to do a job in Florida. Then, the casting director called my manager and said, “We want to see Oskar for a final callback.” Long story short, I bought a flight to come to L.A. for literally a day.

OR: Yea! So, I came to L.A. and it was a dance callback. But, I needed to read for them and I had learned at the callback that they weren’t going to read anyone. So, I talked to the casting director and stood in front of all the executives and said, “Guys, I hate to be this person. But, I flew all the way here for this. I need to read!”

PPLA: There you go!

OR: Yea, and I did everything with them. Then, a month after, they called me! They asked if I was available to come in as Omar. Then, I asked, “Who is Omar?” I never auditioned for it, but I believe it’s the perfect character for me. I’m a little bit of a class clown and I’m always joking around—that’s exactly who Omar is.

PPLA: Great! So, what role does your character play on the show? Who is Omar?

OR: Well, Omar has a little bit of color on the show. He starts as this sort of troubled boy. He’s 15 years old and he has this best friend—it’s just him and his best friend everywhere. We grew up in not the best part of town in East L.A. And then, the character of Jacob takes an interest in both of us and gives us a mentorship. We start to try to pursue something different and we understand that we have more to give to people. He’s an idiot—I love it! Omar is so much fun.

PPLA: I’m definitely looking forward to seeing your character on the show. It sounds exciting! So, have you enjoyed working with your East Los High cast mates?

OR: From the very first table read that we sat down to do, you get all these Latino’s in one room and forget about it! Literally, from day one, we built a foundation and a family. Every day on set, we were just cracking each other up! The producers would come to the team and be like, “Guys, you need to just stop and get serious!” I couldn’t have asked for a better first experience as a series regular on a show.

PPLA: As you said earlier, you were originally from Puerto Rico. Therefore, moving to Los Angeles was a big risk for you. What were your challenges with transitioning?

OR: To be honest, it was more excitement than challenges. I love my home, but there was always something that I was missing as an entertainer. I wanted to come to L.A. so bad! I stayed on couches non-stop for over two years, but I was so committed to what I wanted to do. I loved every minute of it! Now, I am thankful, grateful, and blessed that I get to work with amazing people and do amazing things in my career.

PPLA: It’s great that you have this determined spirit because that’s the only way you’re going to make it in this business. 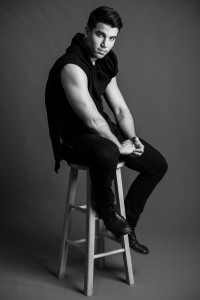 OR: Totally! I feel like sometimes, even the people who have the best ride in the entire world go through phases. Everybody has moments in their lives when they’re like, “Am I doing the right thing? Am I in the right spot?” But, it’s not about just having the drive. It’s about how far you’re willing to push yourself.

PPLA: So, where do you see your career going? Do you think that you will seek more acting roles? Or, are you more interested in dancing longterm?

OR: Well, I definitely feel that I will continue dancing because it is a part of my life. Dance isn’t even my career—it’s part of who I am! I’m going to continue acting, a lot. There are so many things I want to explore in that part of my life. I can’t wait to share it with everyone.

PPLA: Lastly, would you ever be interested in being on a show like Dancing with the Stars?

OR: Oh yea! I already told my manager, “If and when they approach you, say yes!”

Make sure to check out Oskar Rodriquez on season three of Hulu’s East Los High, July 15!