LL Cool J opened the night with touching remarks, introducing host and organization founder Nancy Davis. Nancy Davis welcomed guests to the legendary gala, and presented the 2016 Medal of Hope Award to ALEX AND ANI(R)’s Carolyn Rafaelian, noting Carolyn’s remarkable commitment to giving back, not just to Race to Erase MS but to so many.

The 23rd Annual Race to Erase MS Gala included a live auction, which was introduced by Jaime Pressly. Lucky bidders walked away with items including a Hawaiian vacation for two, tea at the Peninsula Hotel with Sharon and Kelly Osbourne, and an 8-day African SkySafari. The big item of the night was a private yacht tour of the Bahamas, which went for an incredible $30,000.

Following the auction, musical director David Foster brought Eric Benét onstage for a moving tribute to a longtime supporter and friend of the cause, the late Natalie Cole, with a rendition of “Unforgettable.” He turned the stage back over to Nancy Davis so that she could recognize the doctors from the Center Without Walls in person, bringing them onstage to introduce them to the crowd. Next, Ashley Tisdale introduced Jordan Smith, who gave an incredible performance that included his original song “Stand in the Light.” Randy Jackson then introduced iconic band KISS, who performed hit songs including “Deuce,” “Calling Dr. Love,” “Cold Gin,” and fan-favorite “Rock And Roll All Nite.”

In what has become a Race to Erase MS tradition over the past 23 years, an uplifting rendition of “Lean On Me,” was performed as the finale of the evening, led by Emblem3, who were joined on stage by Nancy Davis, David Foster, BC Jean, David Foster, and more. 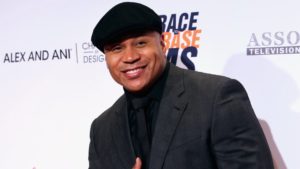 Each guest received a coveted Race to Erase MS gift bag, bursting at the seams with an amazing selection of items including gifts from MAC Cosmetics, ALEX AND ANI(R), and Peter Thomas Roth, to name a few.

The evening was generously sponsored by The Beverly Hilton, Associated Television International, and ALEX AND ANI(R) Charity by Design.