SHOULD STUDIOS HAVE A REBOOT LIMIT?

Let me clarify, especially when it comes to this particular movie, I’m actually a huge fan of the story but telling the same tale five times in less than 50 years is just too much. Originally as a short story in 1954 by acclaimed science fiction writer Richard Matheson, it told the story of the last man left alive on a planet taken over by vampires. The monsters had been created through a disease of some sort and were learning to adapt making humans the stuff of legend, hence the title. It is a riveting book and highly recommended.

The first time the story was adapted was in 1964 and it was released as The Last Man On Earth starring Vincent Price. Just seven years later it was adapted again as The Omega Man starring Charlton Heston as the lead. Another 30 years passed before Will Smith would take up the mantle again, this time in a film that managed to muddle the message of the story even more.

Just a short six years later Warner Bros. has lost their patience in trying to create a franchise out of Smith’s version so they are taking the clean slate approach and reworking the story as they see fit. Rumor has it that the film will be adapted from a Black List script and adjusted to fit their needs. This means the studio has decided to stray far from the source material in order to create a franchise worthy movie. There’s no way that can end well, especially with such a minimalist story such as I Am Legend. 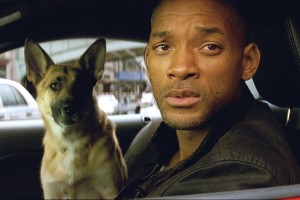 Studios need to give themselves a reboot limit. Each story is allowed no more than three reboots over the course of 50 years and then they move on to a new, original property where the same rules apply. Limits like that will allow writers to not only get more creative and precise in their storytelling but give studios more room for original properties, something the public has been craving.