Creative Edge Public Relations teamed up with Victorino Noval of the Victorino Estate creating the perfect ambiance for Regard Magazine’s ESPYS 2014 poolside event in Beverly Hills. 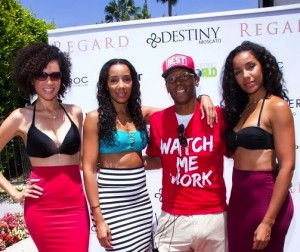 I had the pleasure of catching up with professional boxer, “The Real Deal”, Evander Holyfield. Holyfield said, “ESPY is an award show pretty much for the athletes. I have won the award quite a bit in the past. It’s a great to come out and support this awards show. We could not have asked for a better day.” 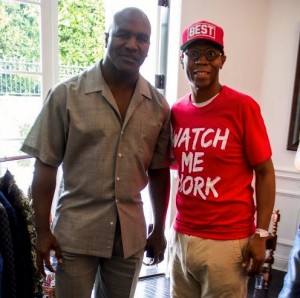 At the event the celebrity guest DJ kept Marilyn Drive rockin while Zico pure premium coconut water was on hand to keep guests’ thirst quenched. A premiere gifting lounge at the event hosted a variety of brands including accessories from Blunt LA, dresses from Stand Tall, and clothing options from Alba which specializes in providing wardrobes for elite professionals in sports, entertainment, and business. Agent Provocateur was on hand promoting their new fragrance, Fatale; which is an intoxicating, vanilla and patchouli elixir.

All in all the event was a great way to ring in the ESPYS 2014  with pro athletes, products, and of course a good time!