Warner Brothers and Robert Downey Jr. are teaming up to create a live-action “Pinocchio” reboot. “Inherent Vice” director Paul Thomas Anderson has been given the task of writing a draft for the script.

Although it has yet to be confirmed, it’s possible that Anderson will take on the role of the films director. “The Giver” writer Michael Mitnick wrote the most recent draft for the script, which Downey had continued to modify for the past six months. Downey has had interest in recreating “Pinocchio” for some time. However, numerous Disney live-action reboots-including the widely successful “Cinderella”-have sparked more urgency for the project to move forward.

The “Avengers” star is signed on to portray Geppetto in the reimagining of the Disney tale. He and his wife-Susan Downey-will serve as the films producers alongside Dan Jinks. 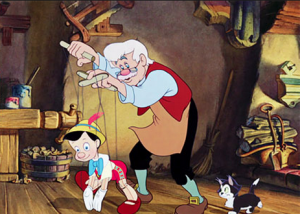 Since the project is still in development, there currently is not a release date. Additionally, other than Downey, there haven’t been any casting decisions made. After the large amount of Disney reboots that are in development (i.e. “Beauty & the Beast” and “Dumbo”), are you surprised to see a “Pinocchio” remake?