Have you heard about the Both Ends Burning Campaign? The BEB campaign seeks to bring every orphaned, abandoned and relinquished child into a permanent loving family and honoring their basic human rights. What’s better than that? 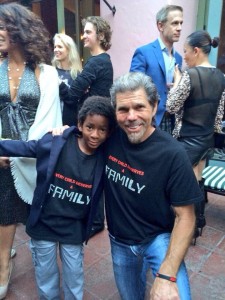 Hosted by E!’s Ken Baker, #RockFashion took over Santa Monica’s members only 41Ocean in support of Both Ends Burning. Rockin Models, (a killer workout) presented a fashion show featured trending summer T’s, hats and denim for men, women and kids from Sewn + Still and KIN Boutique. Models and the cutest kids danced their way down the catwalk as the audience cheered them on and clapped along to beats by DJ Sandra Luesse.

Visiting an orphanage in Haiti with Craig Juntunen, founder of Both Ends Burning, was on the silent auction table among other opportunities, collectibles and goodies like visiting the set of E!’s Fashion Police, signed sneakers from NBA all-star David Lee and even a zombie survival kit. Best of all, 100% of the proceeds went straight to Both Ends Burning.

Juntunen took to the stage, beaming in appreciation at the turnout and support in the room. Juntunen spoke of visits to 33 orphanages that stood out in his mind, many of which had a common occurrence…the way the children would reach out to him and others to be picked up, held and loved. This “universal language of an orphan” is what inspires him and this campaign everyday, stressing, “every child deserves a family.” 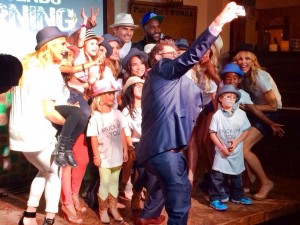 If you’d like to learn more and get involved with the BEB campaign, visit them on twitter @BEBCampaign on the web at BothEndsBurning.org and check out their documentary Stuck at StuckDocumentary.com.