The moment I heard the high pitched yet simultaneously sultry voice coming from the lady with the perfectly curled blonde hair who effortlessly glided across the stage, I knew I was witnessing Marilyn Monroe in the flesh.

As I was seated at the Rockwell Table and Stage, a bright light appeared just a few feet away. This light took the form of Marilyn Monroe (Erin Sullivan), who was draped in a silky lavender robe with beautiful dangling earrings to add that touch of sparkle that beautifully complemented her bright smile. 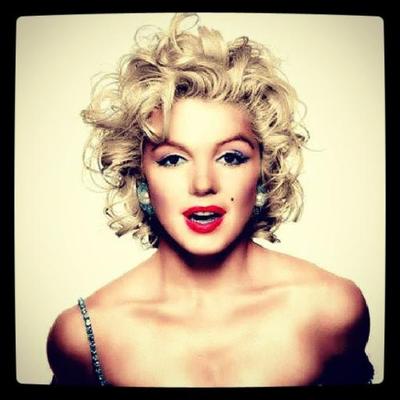 What I loved more than just the aesthetics was the content and structure of the performance itself. The iconic Marilyn Monroe songs including “I Wanna Be Loved By You,” “When Love Goes Wrong, Nothing Goes Right,” “Some Like It Hot” and “Diamonds Are A Girl’s Best Friend,” to name a few, were interweaved with exceptionally insightful monologues that helped contextualize the music. “I Wanna Be Loved By You,” showed that Marilyn was a romantic. When she loved, she loved passionately, and she craved for that love to be reciprocated. She additionally talked about—what was at the time— “taboo” subject matters such as sexuality in her monologues. Marilyn expressed her frustration with how former lovers were not always pleased with attention she would receive for being sexually attractive and flirtatious. Other songs helped illuminate her relationships with lovers including Joe DiMaggio and President John F. Kennedy. Her “Happy Birthday (Mr. President)” song was especially sultry and captivating.

The story line that resonated the most to me ultimately ended with this song: “After You Get What You Want You Don’t Want It.” Throughout the entirety of the play Marilyn reveals that it was her dream to be a star since she was a little girl. She dreamed of the magical land of glitz and glam that we all know as Hollywood. She became a star, and her handprints are immortalized in front of Grauman’s Chinese Theater, now known as the TCL Chinese Theater.  But once Marilyn became a star and a cultural icon, she no longer craved the limelight.

One could argue that Marilyn Monroe was a persona, not a person. She could turn this persona on and off at any moment in time. And so could Erin Sullivan.