Imagine this – a beautiful grass lawn next to the marina, the sun keeping you warm, but not too warm, copious amounts of alcohol and live music. This was the scene at VINO-Palooza 2016.

Last Sunday afternoon the Marina Del Rey Hotel hosted the wine and music festival from 1-5 p.m. The event included samples such as pasta chips and meats and cheeses, as well as a large variety of local wines. Unexpectedly, the event also included drinks featuring rum, tequila and vodka. 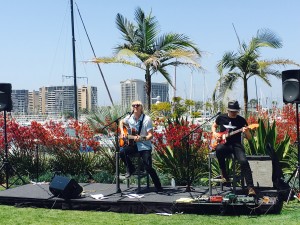 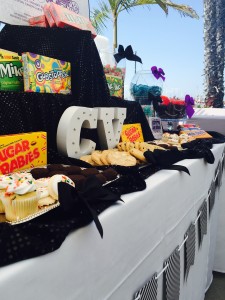 Papa’s Pilar Rum was a favorite as their representative poured rum, bitters and ginger beer cocktails for guests. It was perfectly sweet, refreshing and potent.

Another favorite was Slim Chillers, an adult version of an otter-pop. They also featured their blended mix drinks with flavors such as pomegranate, peach mango and strawberry lemonade.

While the drinks were impressive, the music was even better. Ryan Cabrera and friends performed through the whole event, often with acoustic instruments to assist them. The festival ended with Yellowcard’s Ryan Key performing “Ocean Avenue”. For the duration of that song, every millennial at the event was holding back a nostalgic tear.

Overall the event, hosted in a gorgeous venue, led to a fabulous time for its guests and attendees.