Ryan Cabrera’s new single “House on Fire” just became the #1 Billboard Dance Track and we are not surprised. We caught up with Ryan a few weeks back when he was finishing up his Radio Revival Tour to talk about the new single and his upcoming album due this fall.
We all remember Cabrera’s first album “Take It All Away” in 2004. It became instantly popular reaching number eight on the Billboard 200 album chart and catapulting him to instant fame. His second album “You Stand Watching” debuted at #24 on the charts and quickly went gold but headlines of his relationship (to Ashlee Simpson) seemed to overshadow his music at the time. His third studio album “The Moon Under Water” came out in 2008 to modest sales and it seemed for a while Cabrera stayed out of the limelight, perhaps intentionally?

In our chat with Ryan, he emphasized how excited he was about the response to his latest EP and that for him, it’s always been all about the music and that’s why he wishes to make headlines. Well how about this headline Ryan… ‘House on Fire Reaches #1 on the Billboard Dance Charts.’ We sat down to find out what to expect from his full album due sometime this fall.

PPLA:  You’r currently coming to a close on the Radio Revival Tour promoting your new single “House on Fire,” correct?

RC: Yes, we’ve been on the road for quite a few weeks now. We started in Sacramento and San Francisco, then went down to my home state of Texas and played South by South West which was amazing. We kicked over to Orlando, Florida which is always a crazy time then we hit up the Northeast and closed out in Temple, Arizona. We just did a couple of dates back in L.A. and Vegas. It was the first tour in a while for the band so we’ve been adjusting. We have friends everywhere we go, so it’s been sort of crazy but fun.

PPLA: You took a few years break in between your last album and your current EP “Wake Up Beautiful.”  Can you tell us about that time off  and what inspired your recent EP and upcoming album?

RC: Well I never actually took a break. I just didn’t have any time off to work on new music.  One of the reasons is that I have been constantly on the road. I had concerts and was doing a lot of college gigs and a lot of DJ gigs.  I was just constantly on the road and working. It’s hard to find that balance between touring and being in studio.  I just love being on the road performing but I always try to just come home for like three weeks, record as much as I can, and go back out. So with that, it takes some time to complete an album.

PPLA: So “House on Fire”is doing really well and on it’s way to the top of the charts. The feedback has been super positive. Did you know when you were writing that song that it would be a hit? 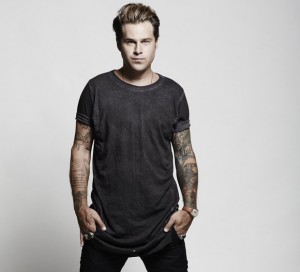 RC: No, you never know, and for this record I went into it with the mentality that I wanted to treat every song like it was a single, so we spent a lot of time dissecting and picking apart every single song. I wanted to make each song really cool and strong so that you have a great album. You know, I’m still an album guy! Many people are still buying full albums and even if they weren’t, I am still going to put out a full album. I’ve never been a single kind of guy.  I’ve always said that I want #12 to be just as strong as #1, and #8 to be just as strong as #3.  There’s a lot of diversity on the new record and every song is going to stand up on its own as if it were a single.

PPLA: Did you work with your producer Justin Gray before, and if not, how did you find that collaboration?

RC: I’d heard about some of the stuff he’d done that I was a fan of  and my manager connected us so we met and tried to pick apart each others’ brains. We wrote a song and it got done kind of quick and so we kind of just went on and we never stopped working together. It was never me saying ‘hey, you’re going to produce my album,’ it was just let’s get together and see what happens. From day one we started working together, it was just perfect. He knew where I wanted to go and how to get me there, and I trusted him and we made this whole record just the two of us. We played all the instruments ourselves, did all the arrangements ourselves, and it was just really me and him in the room every day making songs. It turned out great and a lot of producers are always worried about starting on the next project but he had told me. ‘Ryan, I don’t care. Lets make a fresh record. We want to make the record fun, and I want to take my time if you will allow me to do that.’

RC: It was more than the music, it was about our relationship and enjoying what we were doing which we both really did! You don’t find a lot of producers like that and for the EP to get the feedback that it did was just amazing.  He didn’t have to spend three years making this record with me. He could have spent two months and then moved on. I mean, he really believed in the project and wanted do it together.

PPLA: You mentioned that over the last few years you did a lot of DJ shows.  I know a lot of people know you as a musician but not so much as a DJ, so is that a big hobby of yours and how does that influence your work?

RC: It’s something I’ve been doing for a long time, and I don’t do it as much as I would like to because my number one goal is obviously this record. But I take my DJing very seriously, as well as my drumming. You know, drums was the first instrument I ever played and then guitar. But being a DJ has always been an interest of mine because I just love the art of music, and I love the art of trying to work a crowd and  play the right thing at the right time. You begin to really know your set list and when to bring the crowd up and when to bring them down. It’s all about performing.

PPLA: Yes, reading the crowd and playing off that emotion is key!

RC: I love every minute of it. I love every aspect of performing especially when I DJ because you never know what’s going to happen. I love that part of it.

PPLA: I hear that you are a painter too and spent a lot of your free time painting. Do you find that other artistic pursuits help inspire your music and vice versa?

RC: Yes,  I think that I just like to create no matter what art form it is. I get really restless if I’m not creating. Whenever I have the day off, I want to create something still, so I paint.  I think it’s just that part of my brain that wont’ turn off.

PPLA: You also put on concerts from your living room for charity which is pretty awesome and volunteer in the hospitals to help raise money for those in need. It’s really inspiring you share a private side of yourself with fans in that way. Tell us a little bit about how your philanthropic work came about.

RC: Whenever we get time off and get to go back home to Texas, we will go out to a local bar or club or sit in our house and just sit around the piano and play. It’s just me and all these really amazing people.  I do it here in Los Angeles too, just get a group of amazing artists together to just hang out. I realized how wonderful that is and how cool and rare and special those moments are. I figured why just be in that house or place, why note share it with the world who would love to see these amazing artists in kind of like a more natural habitat. Not big concerts where they are showing up and playing because that’s their job to complete a set, but just hanging out on a random night where it’s more of a free for all and you never know what’s going to happen. So I decided why not stream it and let people donate money to charities so you not only get to see a live show but you get to do something good for the world.

PPLA: That’s what is so cool about technology and social media. There are of course negatives, but on the positive side being so connected to your fans lets them have this unique experience that you could have never offered say just a decade ago. It just would not have been possible.

RC: Exactly!  You have to remember that when I first came out with my first record, there was no such thing as social media. There wasn’t any way to really get close to someone that you’re a huge fan of or have them replying directly to you and actually hearing your voice or question. There’s definitely good and bad parts of it because some people go a little too far and they get a little too caught up in the ‘why didn’t you write me back kind of thing.’ It can be hard to balance and maintain and stay authentic because you can spend a lot of time there when you also want to go live your life. You don’t want to feel like ‘oh no, you’re in trouble if you didn’t pos 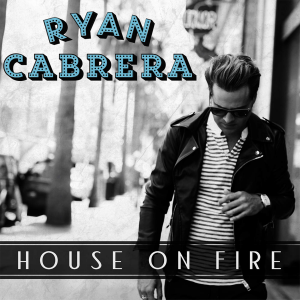 t today,’ but it also opens doors for a real relationship with your fans.

PPLA: What’s next for you now that the tour is ending and your EP is out. Is the main goal finishing your album?

RC: The album is a mix master success! But that’s why it took so long. We’re weren’t going to put out a full length, 13-song download;  it’s too much, too much involved at once. We wanted to introduce the new sound for the record with a 5-song EP this summer and always planned to put the full length album out later  this year. We will continue to work on that and continue to promote the single and let people know that the record is coming out soon. There’s a reason that it took so long and that’s because I wasn’t going to give in to anything that wasn’t right as far as the music went.

PPLA:  Well I’m sure your fans are happy to have the EP now and it will be worth the wait for the full album.