The Oscars are always a spectacular time of year for gifting lounges and one of our favorites is Debbie Durkin’s EcoLuxe Lounge, which was a hit again this year as it wrapped out awards season! 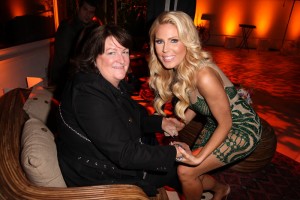 Notables from American Sniper, The Theory of Everything, Guardians of the Galaxy, The Hobbit and Whiplash stopped in at this year’s Ecoluxe Lounge.

Later that same evening, attendees rejoined for a “Salute To The Oscars” party hosted by Bravo’s beautiful Gretchen Rossi of Real Housewives Of Orange County and Chris Booker of AMP Radio!

The Eco Luxe Gift Lounge and Afterparty “Salute to The Oscar”s was a complete success. Next up is the #RocknRolla event to celebrate the Movie Awards/Road to Coachella on April 8th in L.A.