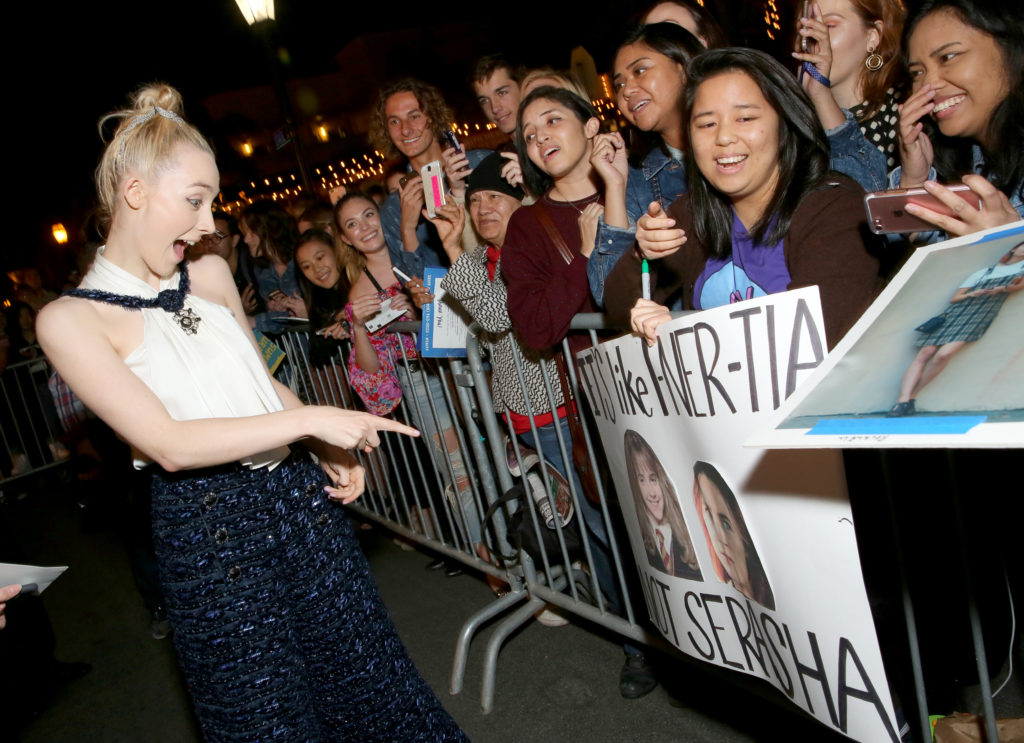 SBIFF Executive Director Roger Durling greeted the audience and remarked that this is Saoirse’s third time being honored by the festival (first in 2008 for the Virtuosos Award for ATONEMENT and again in 2016 for the Outstanding Performers of the Year Award for BROOKLYN). Roger then introduced the moderator for the evening, Anne Thompson, editor at large for IndieWire.

After playing a montage of Saoirse’s work, which included HANNA, THE LOVELY BONES, and LADY BIRD, Anne welcomed Saoirse to the stage. Saoirse explained that she was born in Brooklyn, which surprises audiences because of her Irish accent. Saoirse described her reaction to her first Oscar nomination, and that she was most excited that she would get to attend an event that would air on TV. She also explained that Peter Jackson cast her in THE LOVELY BONES without meeting her, and that being the lead for the first time wasn’t stressful because “as a child, responsibility is nonexistent.”

She touched on HANNA, and that her character throughout the film was going through an “extreme version of puberty”. Saoirse also mentioned that she turned down THE HOBBIT series because of the timing during her career. Anne asked Saoirse about being dubbed “the queen of accents”, and how she is able to perfectly hide her Irish accent for film roles. She remarked that the San Francisco accent for LADY BIRD was especially difficult because Greta Gerwig grew up in the Bay Area and was very particular about it being authentic. 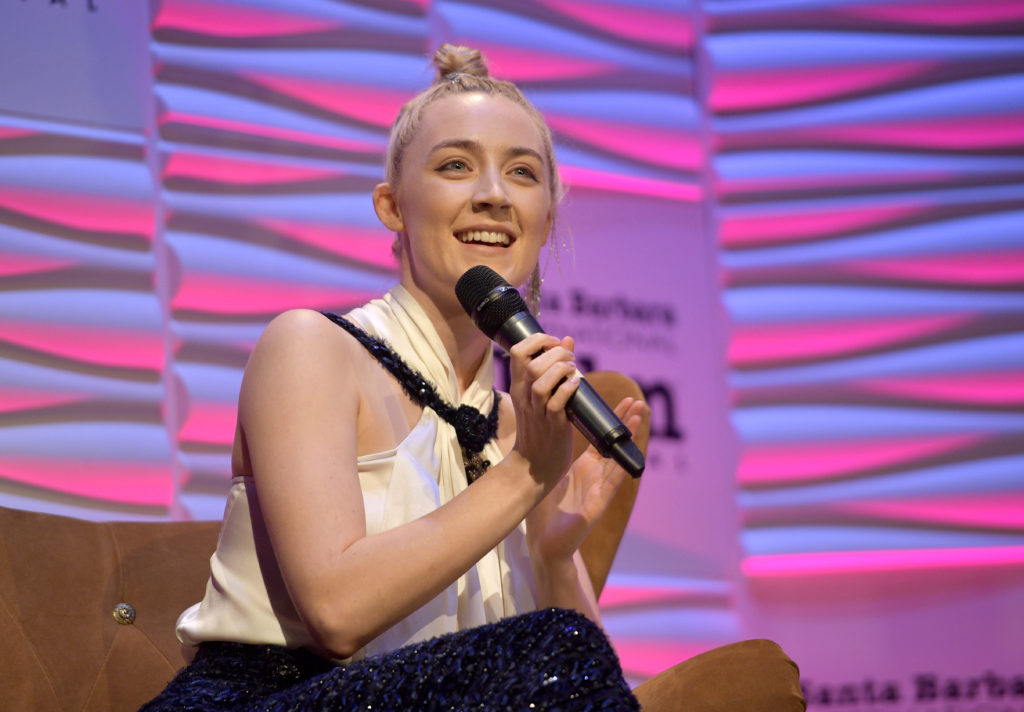 Saoirse also touched on hosting Saturday Night Live and that for her it was “a total dream come true.” She remarked on being able to make fun of her own name, and facetiously that “no one else has done it.” Anne then switched the conversation to LADY BIRD. Saoirse explained that finding roles like hers in LADY BIRD are difficult because “when you hit 18…people don’t know what to do with you. You’re not able to do coming of age and you’re not able to be a woman in charge either.”

Presenter and LADY BIRD co-star Timothée Chalamet then took the stage for the second time in two days after being presented the Virtuosos Award the prior evening. Timothée shared his fond memories of meeting Saoirse for the first time and that he instantly wanted to make her think that he was “cool”. He also discussed her instant likeability and that what makes her “so true to life on screen is she makes it so natural and effortless”.