Have you ever wondered just how strong the power of positive thinking can be? Actress-Host-Producer Sarah Karges became intrigued by this concept after seeing a video based on Dr. Masaru Emoto’s rice experiment on Youtube. She decided to conduct the experiment herself and then evolve it into a movement: 30 Days Self Love.

Just in case you aren’t familiar with Emoto’s concept, it includes sending messages of love and hate to two separate cups of boiled rice. Some add a third or neutral cup as the control. Emoto, a Japanese author and entrepreneur, believes that human consciousness has an affect on the molecular structure of water. Although his work is largely considered a pseudoscience, many people just like Sarah tried the experiment themselves and saw results they couldn’t ignore.

Sarah decided to take this theory up a notch and into the digital age and challenged herself to record video affirmations to see what the affect of positive messaging would be on her life over 30 days. The results also can’t be ignored and the challenge has started to catch on!

Hundreds of men and women around the U.S. have joined in. Other similar campaigns have stemmed off of this movement as well and all are motivating people daily. The hash tag #30DaysSelfLove has received an average of 1.5 million impressions on a monthly basis, after only a couple of months, and it’s growing strong. So we sat down with Sarah to find out what’s next. 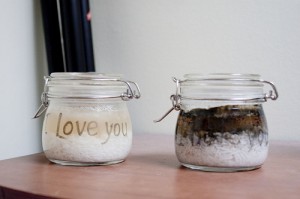 PPLA: How were you inspired to create the #30DaysSelfLove Challenge?

SK: It started with something called the rice experiment: Say “I love you” to a cup of boiled rice, “I hate you” to another, and ignore the third. I heard about it on Facebook and was intrigued to see for myself what would really happen if I did it. I loved the concept, tried it (with quinoa) and re-shared the original video with friends on Facebook (who thought it was a hoax). After day three, I decided to do the experiment on myself.

PPLA:  How did you make the jump from this experiment to starting your own experiment and how did you come up with the #30DaysSelfLove Challenge?

SR: Like I said, after only 3 days of the rice experiment I started seeing a difference in the “quinoa” and that’s when it hit me: If words of love and hate could change something like rice, words can affect humans. I was determined to make a change in myself through words of love and positive affirmations.

PPLA:  Did you always know you would share it? Did you think once you put in on Youtube it would spread so quickly?

SR: I had no intention on sharing anything once I got started. This experiment on myself was simply to see whether or not I could bring positive change in my life by being a little more loving to myself. Around day 20 I knew that this had to be shared and others should learn how to unblock themselves and find self-love on their own. Even once I was finished it took me two and a half months to post my compilation video on YouTube. I admit I was scared to be vulnerable to the world. I didn’t know it would spread like this or become what it is now. I was just hoping I could help one person with my journey. 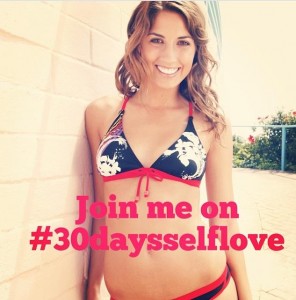 PPLA: What are some of the most common results people are seeing? What are the most interesting stories people have shared back with you?

SR: I think the most common result is that people are gaining confidence and acceptance of themselves. I see these people light up and start believing in them again. For example, a guy named Tim Miller. He’s a writer and one of the first males to take the challenge. He did his first video in the dark. He didn’t even want to do it in the light and this practice felt very foreign to him. Through doing this challenge, he has gained confidence, his book sales went up, he isn’t letting people or things bother him as he once would’ve and he believes now that he is WORTH IT! He is such an inspiring guy and I wish him all the success in the world.

PPLA: What do you hope the next steps are for this movement? Where do you see it going for others and how has it personally affected you?

SR: My hope is that the word spreads and others start doing the challenge for themselves! I want people to really find more love, not only themselves but for others too. I want to see it going really well for everyone. This journey has transformed my life; personally, professionally and in my relationships. I have stepped into my power, more work has come in and I can say that I really accept myself just as I am.

PPLA:  How has this played out in your acting and hosting career which is what you moved cross country to do? Why do you think it is especially important for entertainers who do face so much daily rejection?

SR: This has really helped with my career. About half way through, I started getting a lot of jobs. I trust myself and have gained more confidence. As an actress it has really helped me tap into my vulnerable side and to be comfortable in my own skin. As a writer- producer it has fueled me to be more creative and take into action my own projects! Not only that but to trust and surrender to it all. I feel like I am guided everyday and have built such a solid relationship with God. This is important for entertainers because we hear the word NO a lot. Or we hear that we aren’t right for this or that because of something we can’t control. The #30DaysSelfLove challenge can help you gain confidence and believe in yourself, even when things aren’t going the way you want to. You start saying “yes” to yourself instead of waiting for other people to do so. You start making your dreams come true!

PPLA: What’s next for your career as an actor and host?

SR: Right now I am shooting a Romantic comedy called Do Over with Jonathan Bennett and Drew Seeley. I have a film called Paranormal Island, playing opposite Briana Evigan and Lance Henriksen currently in theatres is Asia and the Philippines and it will release in the U.S. in the fall through VMI World wide. I am continually working on my own projects and in development for my film I co-wrote called Revengeance, an action- thriller.

PPLA: Have you ever thought about taking your experiment on the road and hosting a web or TV show and doing before & afters with people trying this?

SR: I would LOVE to do that! I’m hoping that something like that can happen. I’ve thought of a few ideas and definitely would love to get the word out on a bigger scale. It’s one of my goals to create content that can help shift conscious and make a change in the world. 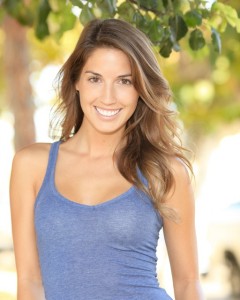 You may recognize Sarah as the host of  Fox College Sports Tailgate Tour, Cartoon Network’s hit show BrainRush, MTV’s Busted Live, or Fox Sports series NHRA Unleashed.  Her acting credits include roles on  Nip Tuck,  The Mentalist, CSI NY, How I Met Your Mother, and most recently Castle. She’s starred in several national commercials and appeared in feature films including teen comedy Frat Party, thriller Paranormal Island, and  The Artist, Best Picture at the 2012 Academy Awards and Golden Globes.

Learn more about Sarah at SarahKarges.com

Take the challenge at 30DaysSelfLove.com and @30Daysselflove on social media.