GETTING TO KNOW MUSICIAN SARAH MILES, HEAR ME OUT

After NYC singer-songwriter Sarah Miles’ song, “Something About You” from her album Hear Me Out was recently featured on NBC’s The Voice, it was clear Miles would have to get used to the public spotlight. 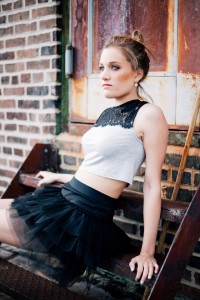 Miles originally hails from New Jersey and considers herself someone who grew up with a musical family, getting her passion to pursue a musical career when she got a new guitar at age sixteen.  While she is no newcomer to the scene, having already toured with with established acts like Sister Hazel, Tyler Hilton, Teddy Geiger, Tony Lucca, Ingram Hill, Matt Duke, Jesse Ruben, and Pat McGee, The Voice factor just might boost her to a household name.

I, like many viewers, have been playing her song throughout my week! And the timing couldn’t be more perfect, as her album Hear Me Out dropped earlier this week on July 22nd.  The album was produced by Brian T. Murphy and funded through a kickstarter campaign project.

“We were doing a lot of writing together initially and through this experience I knew right away that he (Murphy) was the one to produce the album.  Something just clicked with Brian.  I could tell that he got my sound, and I loved the way he played the piano; with such feeling.  When we played together in sessions, everything sounded the way I wanted my music to be heard.  Brian introduced me to some talented musicians that ended up playing on the album.  The instrumentals sound so perfect with my melodies, I’m just thrilled.  He really nailed it.”

When I asked Miles about her fans and what she hopes to convey with her music she said, “I want listeners to hear me out and be fascinated, because I have my moments too, everyone has their moments. But a song can take you away from that moment.”

Miles soothing voice and stellar vocals clearly has the power to do just that. Check out her track list and upcoming tour dates below.

HEAR ME OUT: TRACK-LISTING:
-Hear Me Out
-Rigid Frame
-Don’t Wanna Wait
-I Miss you
-I Believe I’ll Go Back Home 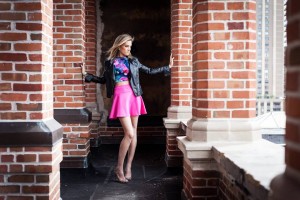 Or listen online at SarahMilesMusic.com