Robin Williams was more than a comedian, for many kids that grew up in the 80s and 90s he was the one adult that truly understood the magic of childhood. 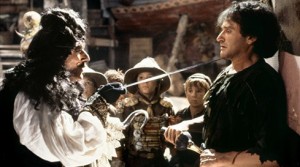 In roles like Hook, Aladdin, Ms. Doubtfire, Patch Adams and more he provided a powerful link between the innocence of childhood and the maturity of adulthood.

He had a range few comedians, much less dramatic actors, possess. I remember the first time I saw him play Peter Banning in Hook, it blew me away even then. There’s a scene early on in the film where The Lost Boys don’t believe that the grown man in front of them is the real Peter Pan. But after tearing away his glasses it was obvious that Pan was hiding, just under the surface.

Only a few years later he would play widowed Sean Maguire in Good Will Hunting, bringing just the right amount of sadness that he could connect with Matt Damon’s abused genius. So few could make you laugh out loud and cry at the same time, Williams had that ability. 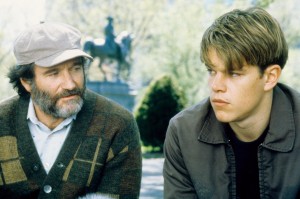 Still, it wasn’t obvious that Williams was holding back until you saw him do stand-up. His now infamous Live on Broadway show let him let loose on a whole new level. To this day, over 10 years since it premiered, my friends and I still quote that show. His free association style of madness could light up any room and, indeed, I find myself chuckling at the keyboard just thinking about some of his routines.

Though he died tragically we should really honor his memory not with tears but with laughter. Indeed this is the very remedy that one of his most iconic characters, Patch Adams, would have recommended. 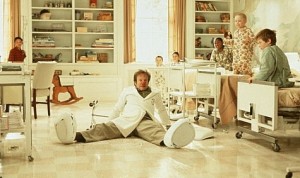 “What’s wrong with death sir? What are we so mortally afraid of? Why can’t we treat death with a certain amount of humanity and dignity, and decency, and God forbid, maybe even humor. Death is not the enemy gentlemen. If we’re going to fight a disease, let’s fight one of the most terrible diseases of all, indifference.”- Patch Adams