Seth Gordon is in talks to direct Paramount’s film adaptation of the hit television series, “Baywatch”. Apparently, Gordon is the kind of director that Paramount has been looking to attach to this project.

He is the man behind hit films “Horrible Bosses” and “Identity Thief”. So far, Dwayne “The Rock” Johnson is the only actor attached to the project. He will also produce alongside his Seven Bucks Productions partner, Dany Garcia.  Additionally, Beau Flynn of Motecito Pictures will produce as well. 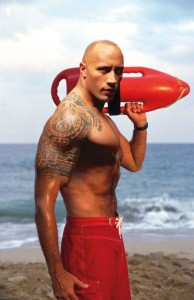 Currently, plot details and a release date are to be determined. Paramount wants to make sure they can get the script right before moving forward—as they should! Additionally, Damian Shannon and Mark Swift have developed the latest draft of the script. The film adaptation is set to take a comedic approach.

Although more details are to come, what do you think about the upcoming “Baywatch” movie? Leave your comments below!