I don’t get excited about a lot of new bands. That’s just honesty. In L.A. a new band can be a dime a dozen, until they aren’t. But Ships Have Sailed is one journey you will want to be on, from the beginning.

Ships Have Sailed is an independent band led by Will Carpenter, whose debut E.P. Someday, reflects themes of how a simple decision or turn in life can change the outcome of your entire future. Okay L.A. dreamers, now who can’t relate to that? 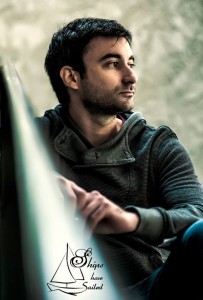 Carpenter is no stranger to pursuing that dream here in Hollywood, balancing the depends of adulthood and day jobs, with the dreams of making music. His musical influences have been varied, growing up with The Beatles, Jimi Hendrix, Led Zeppelin and The Doors in his youth, and finding the sounds of The Cure, Nirvana, and Stone Temple Pilots in his adolescence. More recently, his inspirations have ranged from Coldplay to The Killers. It’s no wonder that the sound of Ships Have Sailed, while heavily influenced by rock, has a wide range from its raw, acoustic lullabies to its synth-driven, rock anthems.

And by the way, when Carpenter isn’t the frontman for Ships Have Sailed, he also happens to be the lead guitarist for the rock, hip hop band 7Lions signed to a major label. All in a days work.

We sat down with Carpenter to chat about the decisions he’s made to get to this point in his career and what’s on the horizon for his someday.

PPLA: Let’s talk about your first E.P. How did that come together?

WC: It kind of came together just out of the blue to be honest. I had a bunch of ideas for songs over the course of several years that weren’t being used for other projects, but that I couldn’t really let go. So I ended up doing basically a full on pre-production for those, and then I realized that all the songs pretty much went hand in hand.  I decided to revisit a lot of the production and got everything sounding just right and decided to release our first E.P. out of that.  That released a little over a year ago.

PPLA: Do you have plans to create a full album with those songs or are you currently working on all new songs?

WC: All new songs.  A lot of bands do that where they’ll release and E.P. and then they’ll do a deluxe edition that basically adds about five tracks to make a full album.  I want to stay away from that. Number one, it’s great to have more than 10 or 11 songs to play at live shows, and I just feel like these songs have already been released. They’re great and I stand behind that E.P., but it’s more exciting to be working on new stuff.

PPLA: From what I understand, you’re looking to release that early next year.

WC: Yes, our goal was potentially the end of this year or the beginning of next. It’s a process to get everything written and produced and done, but it’s also a lot of  fun.

PPLA: Do you have a favorite track right now that you’ve done? Or that you’re working on that hasn’t already released?

WC: That’s like picking a favorite kid, you’re not really allowed to do that! I really love all the tracks off of the E.P. I think Midnight is great, obviously, which is why I chose that as the single to represent the E.P. and be the strong push for radio. That song is the most  generally appealing, but I think every single song has its own little twist to it and that is something that I love.

PPLA: Where can people find your music?

PPLA: When can we see you live next?

WC: We are actually working on booking more shows for the new year right now.  I’m really, really happy with the group of musicians that I have so we will be playing more live dates in the next couple of months. The next show we have booked for 2014 is Dec. 6th at Molly Malone’s.

PPLA: So even though Ships Have Sailed is a newer project for you in the last couple of years, you have been in the music world for quite some time with another band. Tell us a little bit about 7Lions

WC: Absolutely. The other project I’m a part of is called 7Lions and it’s signed under RedOne’s 2101 Records. I play lead guitar and sing backup vocals.  We have some new stuff we are working on but it’s top secret, so ya know…

PPLA: So you’re going to tell us right now?

WC: I can’t really leak it or they’d kill me, and then you’d never see me again. 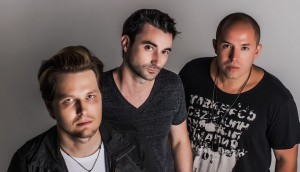 PPLA: So just to backtrack here, tell me a little bit about your personal journey to be a musician. You are the lead guitar in one band and the lead singer in another, that’s pretty impressive and Los Angeles is not an easy town.

WC: I’ve been here in L.A. for over 9 years, and I moved from Boston where I went to college. I moved to Boston from Vermont, so I’m a New England boy! Music has just always been a passion of mine; it’s always been a part of my life. My Mom loves to tell this story about me being around 2 years old, and she was a huge fan of classical music. She tells everyone this story about how she was going to put me down for a nap and I was playing on the floor just humming Mozart flawlessly! She said she was just flabbergasted, completely floored, but in a good way! So I guess it’s just always been something that’s connected with me. Despite still working a day job and having gone to college for something totally different- and all the other facets of my life that may not be so musically inclined- I’ve always tried to keep music at the forefront.

PPLA: What’s the toughest thing about competing in the music industry here?

WC: You know, there’s good and bad areas of this particular industry. I think that it is obviously very competitive but you can choose to see that as a good thing or a bad thing. I think that competition is really healthy, and it also makes you better at what you’re trying to do. If you keep a positive outlook and let that competition drive you to become a better musician then you’ll be a in a good place ultimately.

PPLA: To me, it seems like you passed what most musicians would say is the biggest obstacle getting 7Lions signed to a label.  So you have the experience of being on a label, but then you decided to release your E.P. for Ships Have Sailed independently.  You have been able to experience both sides of that coin. Which do you prefer? Do you like having the label behind you or do you prefer retaining the control of a independent artist?

WC: I think I like both routes! Again, there’s good and bad things to both,  positive and negative sides to any coin right? In a way, I think that it’s an ideal balance having the two projects, one of which is on one track and one is on the other track. That isn’t to say that I wouldn’t consider vetting a label for Ships Have Sailed but I don’t know. I would have to give it some serious thought, and I’m not really at that point yet. I just want to get out and play more shows and continue writing good music, put out our album, and see what happens.

WC: I like both actually. Being the musician gives you a little bit more peaceful anonymity. You can get up and you can play a show in front of a whole ton of people and nobody is going to be looking at you a hundred percent of the time, so you can kind of just be up there and have fun and rock out! Being the front man and the voice is a little bit more responsibility and it’s extremely gratifying, but you have to be on point all the time.

PPLA: Any parting words of wisdom for other upcoming artists? 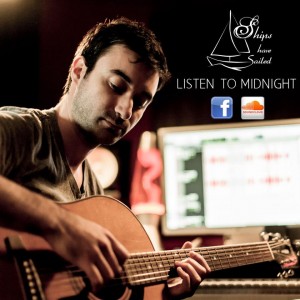 WC: Parting words of wisdom…listen if there’s something that you really, really love doing, then find a way to do it. Find a way to get better at it. Find other people that are really good at that same thing and whose skills speak to you, and do as much as you can to try to emulate that. Not copying that, but figuring out what about their sound speaks to you and try to work that into what you’re doing as well. You’ll get better, and you know, that’s kind of the journey.