LA indie pop band Ships Have Sailed just announced their latest single Up, a song that takes the negative parts of life and demands positive action.

Coming off their November win for Best Alternative Song (Drive) at the Hollywood Music in Media Awards, Ships Have Sailed (Will Carpenter & Art Andranikyan) are back at it with their latest single, Up. Available for download on February 3 (and to stream above), the song’s message is rather poignant in today’s uneasy political climate, even if the original intention of the lyrics was reflective of a more personal experience. Songwriter and producer Will Carpenter says, ͞”[In] a moment that was both happy and sad, reflective and hopeful, satisfied but still hungry, I tried to muster up the words to convey the mix of emotions that this year had evoked. At first it was a thoughtful process, but once the grain of the idea 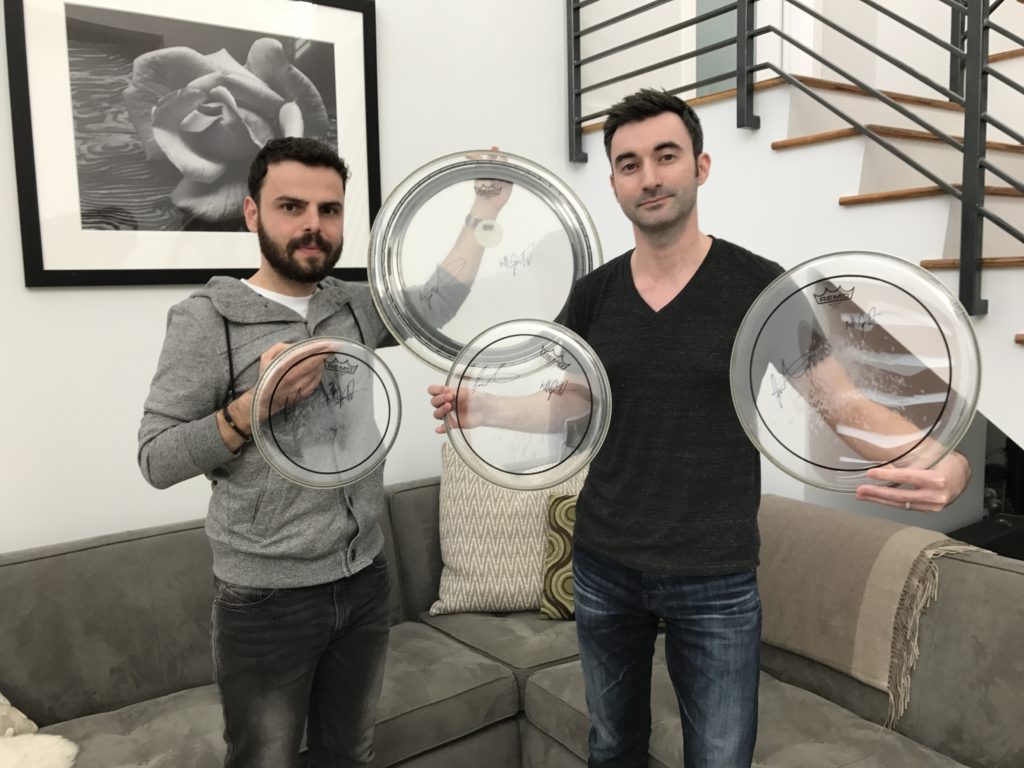 took shape, the music just kind of poured out…and it was incredibly cathartic.”

Ships Have Sailed generously offered to give one lucky Press Pass LA reader a signed drumhead used in the recording of Up! Comment below and tell us what you are standing up for this year and we will randomly select a winner on 2/7.

You can find Ships Have Sailed on…